Article Sick, Bloated, Foggy? Is your GUT stuck with GLUTEN? 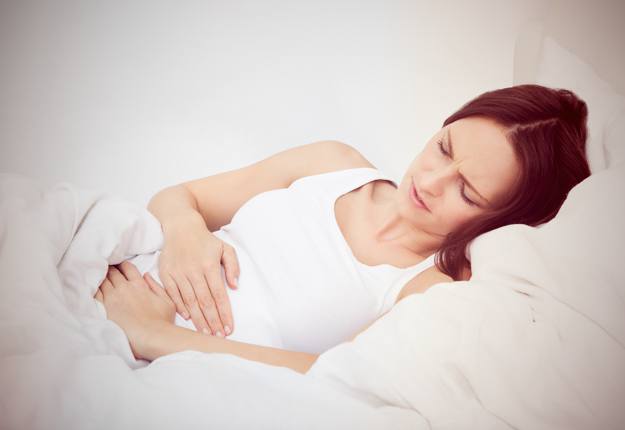 Gluten is a protein found in wheat, rye, barley and oats and is responsible for that chewy, elastic consistency of flour. Because of these qualities, such grains have been used extensively over the centuries in breads and other baked goods.

Gluten is made of a composite of proteins including gliadins and glutenins. Different grain species, subspecies and varieties contain varying proportions of these, with wheat containing the most. Gliadin is found in all gluten grains except oats (which is why some people can tolerate oats).

Where do you find Gluten?

Although gluten grains are most commonly found in wheat, barley, rye, oats, spelt, kamut, couscous, triticale, bulgur and semolina, they can also be found in other grains including durum, sitan, faro, emmer, graham, malt and einkorn. The trick is to recognize the foods gluten is frequently hidden in, such as soup mixes, sauces, soy sauce, candies, salad dressings, low and no fat foods just to name a few.

You’ll often find them labeled as “modified food starch”, Malts Starches, Hydrolyzed vegetable protein (HVP), Texturized vegetable protein (TVP), Natural flavoring. Unfortunately, food manufacturers are not required by law to identify all possible sources of gluten on their product labels, so reading the label may not always be enough. Some medications, herbal supplements, and vitamins may contain gluten as a binding agent. To be sure, try and opt for products labeled as ‘gluten free’ or ones that use the ‘Crossed Grain Logo’.

For a complete list of common gluten containing foods, check out www.celiac.com.

Why do you recommend removing Gluten from one’s diet so often?

Two of the diets I most frequently employ through my practice in the Cleanse & Nourish Program have gluten eliminated. The main reasons behind this are related to the proteins found in gluten grains, the most studied being “gliadin”. When ingested, gliadin can cause our bodies to react in such a way like it is responding to a foreign body. From experience, I have found a large majority of people experience problems when it comes to digesting gluten grains.

On one end of the spectrum gluten can cause celiac disease, but the majority of individuals who are intolerant to these grains have non-celiac gluten sensitivity. In this instance, the ingestion of gluten can cause an immune reaction resulting in widespread inflammation, with effects ranging across all organ systems including your brain, heart, joints, digestive tract and more. People described as having gluten sensitivity commonly suffer chronically from a vague ‘un-wellness’ and gluten can be the single cause behind many of these conditions. To correct such conditions, you need to treat the cause – which is often gluten sensitivity. For anyone who has any chronic illness, I always remove gluten from the diet initially.

Unfortunately, so many people suffer form gluten intolerance but are simply not aware of it – it is estimated that 99% of people who have a problem eating gluten don’t know it!

Their symptoms can be non-specific and are often not even related to the GI tract, making it hard to diagnose. Many people also experience what is known as a “latent” form of gluten sensitivity, where their immune systems develop a response to gluten when triggered by certain conditions. The bottom line is celiac disease and gluten sensitivity masquerade as many other diseases with different names – and often the answer simply involves the removal of gluten from the diet to cure such conditions.

What’s the difference between Celiac disease and Gluten sensitivity?

Why is Gluten sensitivity so common?

It is thought that the prevalence of gluten sensitivities may be related to the fact that people eat overwhelming large amounts of grains daily, the primary one being wheat because they are so abundant. What we fail to understand is that modern day wheat is actually quite different to the wheat our ancestors consumed, Australian and American strains of wheat actually have a much higher gluten content (to make it light and fluffy) than those traditionally found in Europe. The proportion of gluten protein in wheat has increased enormously as a result of hybridization too- frankenwheat!!

A study comparing the blood of 10,000 people from 50 years ago to 10,000 people today found that the incidences of full-blown celiac disease increased by 400 percent (elevated TTG antibodies) during that time period.

Should I go back to gluten?

Most people following a Cleanse & Nourish program tend to try and avoid wheat as much as possible; others will revert back to including some grains such as rye, barley, spelt and oats. The important thing is just to see what works best for you.  I have witnesses 100’s of people lose 3 kilos in one week just by letting go of gluten products. I know it sounds crazy – but it is worth a try. I have 100’s of patients ask me if three days off gluten could get rid of their brain fog?  And smile and say …. Try it.

Any questions please feel free to see us on A Healthy View Facebook and ask away!