Article Starting Solids Too Early Could Lead to Childhood Obesity

New research has uncovered a dangerous link between feeding babies solids too early and childhood obesity.

A 10-year study by Western Sydney University (WSU) found babies who were introduced to formula and solid foods in the first four months of life could be twice as likely to develop childhood obesity, the Liverpool Leader reports.

The study tracked 346 infants from Sydney’s southwest — an area with the highest rate of childhood obesity in Australia.

The study found 82 per cent of parents had fed their babies solids or formula in the first four months of life.

“What our study has shown is that, in terms of infant feeding patterns, the first four months of life poses the greatest risk for the development of obesity later in childhood,” Dr Mannan said.

“We recommend continued exclusive breastfeeding for four to six months and not over six months as it may result in mothers exclusively breastfeeding, for example, for nine months, which is not recommended based on latest research.”

While recognising some mothers are unable to breastfeed in the first few months of a baby’s life, the study highlights the importance of educating parents on when to introduce solids and formula to their infants.

Deakin University professor Karen Campbell has previously said parents should shop around for formula with a lower protein level and avoid giving a baby solids until the age of six months.

The study has been published in the International Journal of Environmental Research and Public Health. 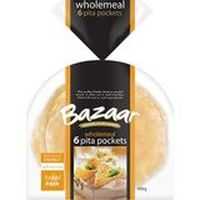