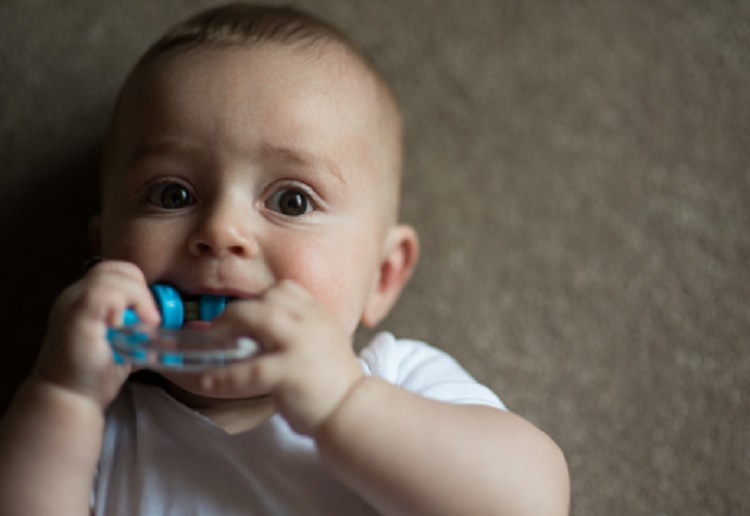 Endocrine-disrupting chemicals are banned from use in products for children.

However, no studies have ever tested plastic teethers for the presence of toxins commonly found in plastic that have been linked to increased risk of cancer, heart disease and obesity.

Most also contained parabens, and antimicrobials such as triclosan and triclocarban.

Although most of the products were labelled BPA-free or non-toxic, all of them contained BPA.

This term covers a number of chemicals. One is called PBDEs, which are commonly found in flame retardants.

Bisphenol A in polycarbonate plastic is used for hard reusable bottles and food containers. Phthalates are used for disposable water bottles.

The invisible chemical cause neurological and behavioural disorders like autism and ADHD. They can also affect IQ.

It is also believed they manipulate hormones in a way that can cause cancer, diabetes, male infertility, and endometriosis.

The FDA is in the middle of an investigation into bisphenol A (or, BPA) – found in many American plastic water bottles – to assess how to regulate it.

The study also showed that the compounds leached out of the products’ surfaces into water.

Based on estimates of average use time and the body weight of a 12-month-old baby, calculations suggest that exposure to BPA and other regulated EDCs in teethers would be lower than the European standards for temporary tolerable daily intake levels.

However, these thresholds are set for individual compounds. Current regulations do not account for the accumulation of multiple EDCs, note the researchers.

Additionally, not all chemicals measured in the study are regulated.

The researchers say the findings could be used to develop appropriate policies to protect infants from exposure to potentially toxic chemicals found in teethers.