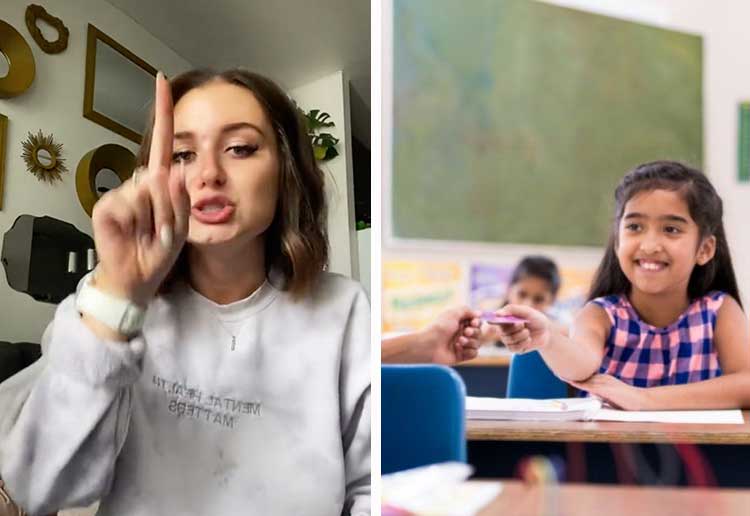 If you’ve ever had to deal with an upset child, who feels like they are the only one not invited to a classmate’s birthday party, you’ll also understand the frustration of teachers who have to deal with the fallout.

Which is why one teacher has taken exception to parents allowing their children to deliver party invitations in front of classmates who aren’t invited. But not all parents agree.

The debate started when one mum, Jamie K, posted a video to TikTok, explaining that her daughter handed out six birthday party invitations at school. She says her daughter’s teacher then called her saying, “There’s 27 kids in the class, you didn’t send enough invitations. You have to invite everybody.” Jamie says she replied, “It’s a birthday party, not a soup kitchen.”

The video prompted heated debate in the comments, with parents defending both sides of the argument.

“I just hope your daughter blames you so well that nobody starts to dislike for your misdeed. Of course all of them weren’t gonna come,” wrote Timere Cephas.

But another person commented: “It’s not her job to make other people’s kids feel like enough. It’s their parent’s job.”

It’s an opinion echoed by Marie, who wrote: “I feel like that’s a parent problem. As a parent you have to teach your kids about rejection and dealing with emotions about feeling left out.”

‘Leave it out of my classroom’

The video also prompted a reaction from a school teacher, who replied with her own video. “You don’t have to invite everyone! But hand it out after school or on your own time! Not in my classroom,” said Sydney.

@sydneythekydneyy
YOU DONT HAVE TO INVITE EVERYONE!!! but hand it out after school or on your own time! not in my classroom.
♬ original sound – syd the kyd

“I’m not going to let you be their reminder that they didn’t win the popularity contest this year. Do that s**t in your own time and leave it out of my classroom.”

Do you let your kids hand out party invitations in class? Do you see anything wrong with it? Let us know in the comments below.