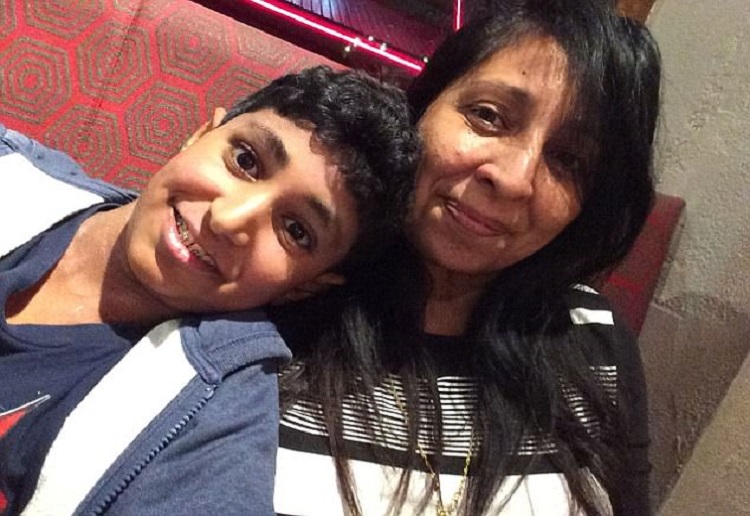 The inquest into the death of a young boy after bullies put cheese down his shirt has began this week.

Emergency services found the boy was in a state of anaphylactic shock at the school and died 10 days later, St Pancras Coroner’s Court heard.

Kieran Oppatt, the first paramedic on the scene, said a member of staff told him someone may have chased the teenager with the cheese before throwing it down his shirt.

Mr Oppatt said he was struggling for air and appeared to be showing signs of an allergic reaction.

“His skin was red and there appeared to be hives,” he said.

The 13-year-old had severe allergies to wheat, gluten, all dairy products, eggs and all nuts.

Mr Oppatt and his colleague performed CPR on Karanbir before giving him adrenaline.

Last year we shared the sad news of Karanbir Cheema, known as Karan, who died after spending 12 days in intensive care, following what was either a freak accident or lethal bullying.

It is thought that he was taunted with a cheese sandwich by a group of bullies who allegedly stuffed or flicked cheese at him, knowing he was gravely allergic to dairy.

According to The Sun, the incident began when one boy in the class bought himself a cheese sandwich and another asked to have a piece of it.

“He gave the cheese to him thinking that he would eat it but instead he flicked it at Karan… People are saying that it hit his lip, which he then licked by accident,” a student reportedly said.

Police investigating the tragedy at the time arrested a 13-year-old boy, who was released on bail. Another boy was also questioned over the alleged attack.

His mother, Rina, struggled to control her emotions as she demanded answers as to how her son, who led a normal life despite his allergies, had managed to become exposed to the cheese.

She claimed police and William Perkin C of E School kept her in the dark about the events which led to Karan’s death on Sunday.

She also urged schools to have a better understanding of allergens and appoint medically trained staff on site to handle emergencies.

‘The school called me at 11.30am and I rushed from my work and by the time I got to the school he was already on a trolley going into the ambulance.

‘What exactly happened I do not know, but if anyone was to sit next to him with something he was allergic to he would tell them, he wasn’t shy about saying what we could have.

‘Everyone would have known about his allergies, wheat was life threatening to him.

‘I want answers, I want to get to the bottom of what happened, I will be asking the school if he was bullied but my son was very popular, you could not help but like that child, he never made enemies.

‘I had provided the school with all the medication from the beginning of September and gave them a description of what he was allergic to and what can happen if certain events take place.

‘Did they follow his care plan? The school said they did.’

The teenage Manchester City fan was allergic to wheat, gluten, all dairy products, eggs and all nuts and even had his own fridge and microwave at the home he shared with his mother and grandfather.

Just hours after Karan was taken to hospital on Wednesday, June 28, police arrested a fellow pupil at William Perkin Church of England High School after it became apparent that there had been an ‘incident which led to the boy coming into contact with the allergen’.

Scotland Yard said: ‘A boy, a pupil at the same school, was arrested on Wednesday, June 28, and interviewed in connection with the incident. He has been bailed to return on a date in late July.

We recently shared in Australia researchers have found that Children with allergies are either being tricked or forced into eating food they can’t tolerate by school bullies – They are twice as likely to be targeted by bullies and may be considered easy targets because their allergy can isolate them. Read more on that here.

What can you do?

If your child suffers a severe allergy the key message from this heartbreaking story is to make sure you are regularly in touch with your child’ school and carers.

Ensure they have a clear understanding of allergens and that the staff are trained if necessary to handle emergencies.  Regularly check that they have the correct medicine on hand and that it is not out of date.

If you feel it is necessary send a note home to parents in your child’s class to make them aware of how severe your child’s allergy is and what they can do to help keep him safe at school.