Article The baby onesie that has dads up in arms! 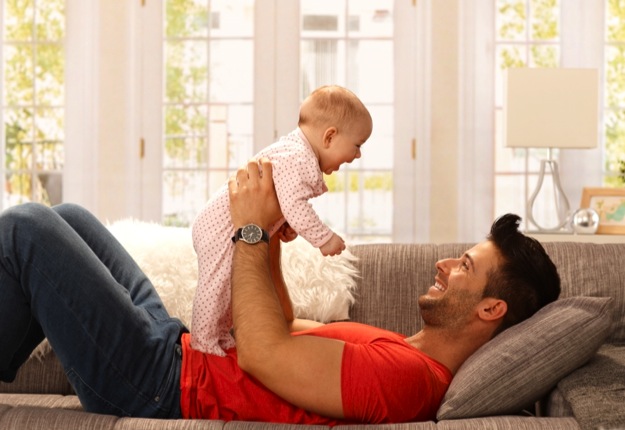 A furious father has shared his outrage over a baby onesie he finds very offensive.

The onesie in question, shown below, is ‘daddy proof’ with arrows pointing to where the baby’s head, arms and ‘snap’ are.

The father who posted on Reddit said he was sick of fathers being labelled as incompetent, with plenty of dads agreeing with him.

‘I agree, this is stupid,’ one dad wrote. ‘Hate the stereotype that dads can barely hold it together with kids. I am a super involved dad. Like someone else mentioned – we don’t babysit, we parent too.’

‘What is this ‘baby’ you speak of?’ reads one tongue-in-cheek comment. ‘As a man I am only vaguely aware of some small humans in my house.’

‘Try this thought experiment: It’s the same shirt but now it says ‘Mummy-proof.’ How would THAT go over with the public,’ said another father.

He continued, “People see this and still say things like “well, it’s her baby” or “but she’s the mother”. Yes, it is, but she is also mine just as much as it’s hers.”

Another dad said, “So f#$king tired of being called a babysitter. I’m tired of being at the playground and being asked if Im “watching” the kids. And f#ck those shirts!” 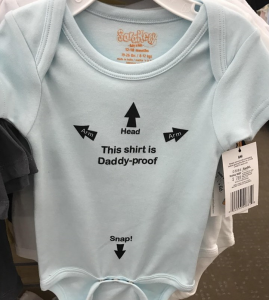 Good to see dads sticking up for themselves! We need to see more of that.

Just last week a QLD Dad was called a “sicko” and forced to leave a shopping centre parent’s room while changing his son’s nappy. Read that HERE.