Article The business school of Motherhood 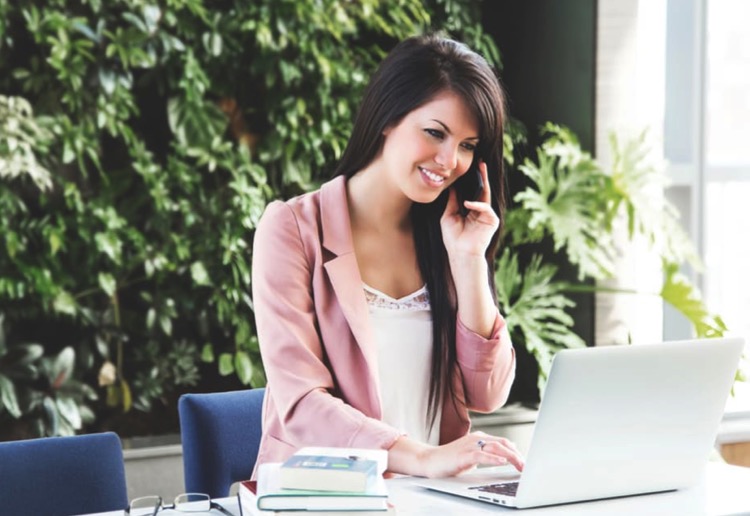 “You can’t do both. You would have to choose. Or should I say, you couldn’t do both well.”

I remember this line being shoved down my throat like the last piece of pie on the thanksgiving table. Look. Out. Stomach!

This statement was made by my boss well before my first pregnancy during a general discussion about having children, just to make sure I got the ‘subtle’ message that having a baby would almost certainly mean the death of my career as I had planned it.

I stood, and I nodded. For a little bit of me believed he was right. I looked around at an office full of men and thought to myself “he’s got a point, how can I rise to the top if I am not here to do the work, all the time?”. I then proceeded to convince him on the spot that there was absolutely no way and under no circumstance that I would be pregnant any time soon. No chance!

Within a year the fortuitous seed had been planted but I knew then, as I do now, that I could prove him wrong. And I have.

You CAN do both.

In fact, my plan is to show you why becoming a parent doesn’t mean you are suddenly incapable of a) Being at home with your children and simultaneously building career capital by generating new skills in the process, and b) Being a successful parent and a working professional at the same time.

So why do people, both men and women, still believe you can’t? A huge part of the problem is perception, both your own and of those in the professional environment. The ‘tender and nurturing’ qualities thought to be necessary to succeed as a mother are theoretically in direct opposition to the ‘hard-nosed and business-minded’ qualities thought to be needed in the workplace. Clearly whoever came up with this model of success hasn’t witnessed the finesse in which a mother can close out a business deal late in the afternoon to ensure she gets the job done and still makes it home in time to pick up the kids before the daycare centre charges a late fee.

There is also a fundamental flaw in the belief that motherhood fails to possess both tenderness and tenacity. At times love is not required and further still, not appropriate. Instead, you need a concrete will that fails to be out-negotiated by the ultimate negotiators on the planet, kids. Terrorists to inner calm trying to take you down at your weakest moments. Amidst tantrums, stubbornness, and bad attitudes parents are regularly required to turn into the ‘hated one’ and deny kids of all ages (according to them) everything!

In spite of the stereotypes that come with it, motherhood does grant you access to a very special and powerful club. A previously inaccessible fraternity of women, from varying backgrounds and professional experiences, bound together by one common and unifying challenge: parenting.

Not only is this unifying force useful for raising children by way of harnessing parenting skills learned as a group, it also teaches us that it is OK to seek advice and admit (regularly) that we don’t have all the answers. You may not be aware at the time, but doing this not only helps you cope as a parent, it equips you with one of many skills that can easily be transferred from the home and utilised in a professional working environment.

When I first thought about writing The Business School of Motherhood I had just gotten back into bed. It was 1am and I was in the middle of my first week back at work after a year on maternity leave with my second son, Jaxen. And I had just had the pleasure of washing poop off of my foot. Seriously.

My then three-year-old, Rylee, had woken me up to tell me he needed to go to the toilet, and it was urgent. I thought I would get there and he would do nothing but come up with a million reasons as to why he thought it was a really good idea to sleep in my bed, instead of his own.

You can imagine I got the shock of my life when his need to hurry was legitimate, leaving me with a mess and the kind of adrenalin rush you don’t just bounce back from in the early hours of the morning. Five minutes later, he was snuggled in with hubby in my comfy bed and I was stuck in his single bed laced with crunchy, waterproof sheets.

As I laid awake listening to our youngest sleep peacefully in his cot, I decided to whip out my Kindle and read the last 30 pages of So Good They Can’t Ignore You by Cal Newport.

It was in the final pages that I started thinking about this conversation with my boss from years earlier and the underlying sentiment behind it, plus all the conversations I’d had with other mothers looking to re-enter the workforce yet lacking confidence that they had any value to add after their time away. I texted my husband and told him I had just had an epiphany and he should ask me about it in the morning. Any mother knows, your capacity to make lists and notes at all hours can be a lifesaving skill. Note to self: write a book. Classic.

Which leads me to here, now. The more I thought about it the more I realised that being a mother was actually one of the most significant factors in my being so good they can’t ignore you. Gone are the days that I care more about what people thought of me than my genuine capacity to get a job done. Gone are the times I tried to be more social than my time could afford. Gone is the impression that leaving my kids at home to show them what it meant to be dedicated to work (and good at it) left me feeling too guilty to even try.

From the basic skill of learning to survive and function on no sleep, running an entire house of wild animals to schedule, crunching numbers for weekly budgets and developing the coping mechanisms and skills to get through a conversation with another adult while one (or more) of your children are doing everything in their power to publicly out you as a raging lunatic.

Being a mother is hard. Being a working mother can be even harder, at times. But what’s not hard is to identify and make the best use of the skills you have learned and honed as a parent, so that you can return to the professional working environment in a way that means you can, always, do both.

Have you got any advice to share? Let us know in the comments.