A “beautiful and perfectly formed baby boy” died of brain injuries received during “high risk” home birth that parents were warned against.

The parents from Nimbin in northern NSW, had been given a firm warning against their plans for the father to deliver the baby without a midwife after the boy was found to be in a transverse or “sideways” position, reports 9 news.

“Their pre-existing views made them wilfully blind to the level of risk involved,” said Deputy State Coroner Harriet Grahame on Wednesday.

“All the medical evidence suggests that (his) death was preventable, if he had been birthed in an appropriate hospital setting.”

In her inquest findings into the baby’s February 2015 death, Ms Grahame also stressed the rights of women to decide how they will give birth.

She recommended that the Royal Australasian College of General Practitioners consider developing guidelines to help GPs in advising patients who request non-hospital births.

The Northern NSW Local Health District should also consider implementing an information program for local GPs about its services for mothers wanting such births, she added.

“The death of this beautiful and perfectly formed baby boy is a terrible tragedy which has affected his family, the community from which he came and many involved in his care.”

She found that in December 2014 a local GP gave a firm warning about the birth plans, but the coroner said it was no doubt a difficult task as the parents had firmly-held views.

The father “believed that he was choosing the safer option and protecting his unborn child from the fear, dogma and illusion prevalent in the hospital system”, the coroner said.

She found a second GP, who knew of the potential for “casatrophic results”, missed an opportunity in early February 2015 to try to change the mother’s mind.

Although he believed her position was completely fixed, “it was certainly worth a try” given what was at stake.

Friends of the couple had gone to their house for the birth and one told the inquest of seeing the baby’s feet first and of attempts to help him out after he was apparently stuck.

“At no point during the labour was the ambulance called … going to the hospital wasn’t an option as they wanted a homebirth,” she said.

You can find info on Homebirth Australia – The Pregnant Woman’s Homebirth Bill of Rights and Responsibilities.

THE FATHER has denied being told by doctors the child was in a breech position.

He told the ABC’s 7.30 that he was “shocked” when the baby started coming out sideways, reports Northern Star.

“If we knew that was going to happen, we would have had the birth in a hospital,” the father said.

“As much as we’d like to think of [home] as somewhere nice and pleasant and easy, it’s a place where things go wrong very quickly,” he told 7.30.

However in her findings Deputy State Coroner Grahame noted that adult mothers had a right to birth at home, “even if the prevailing medical advice deems the birth ‘high risk’.”

But the nurse who first treated baby NA in Nimbin, Petria Maher, told 7.30 she believed the Coroner’s recommendations should have gone further.

She said strong recommendations from the Coroner could have discouraged potentially dangerous home births in the future.

“Having home births in an isolated area when you’re at least half-an-hour aware from decent medical care I think is just too high risk.” 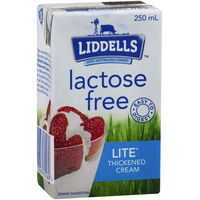 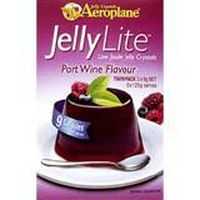