Article The importance of iron for infants 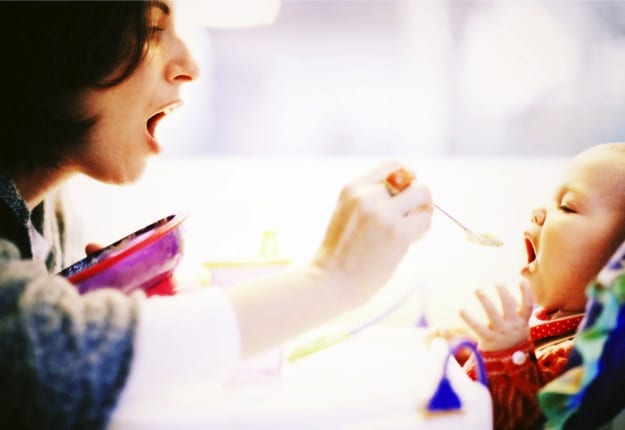 The increased focus on the importance of iron intake in infancy in the newly released Australian Infant Feeding Guidelines has been welcomed by a leading Australian childhood nutrition expert.

The Guidelines, released last week by the NHMRC (National Health and Medical Research Council), include an emphasis on making sure infants’ early solid foods – which begin at around six months – are rich sources of iron.

Local expert, Professor Peter Davies, who is from the Children’s Nutrition Research Centre in Brisbane, said the emphasis on the importance of iron was welcomed and could provide real benefits.

“Iron deficiency is one of the most common nutritional deficiencies in the world and represents a significant public health issue, as adequate iron is critical for a child’s growth and development,” Professor Davies said.

The new guidelines state that infants should ideally be exclusively breastfed to around six months of life, and from then “Introducing solid foods at around six months is necessary to meet the infant’s increasing nutritional and developmental needs”.

The type of solid foods which are introduced are important as they need to contain good amounts of iron: “…start with iron-containing foods, including iron-enriched infant cereals, pureed meat, poultry and fish (all sources of haem iron), or cooked tofu and legumes”, the guidelines state.

In Australia, iron-enriched infant cereals such as rice infant cereal are already often provided as a first food as they are likely to pose no allergic responses and are easy to digest. They also have the correct pureed consistency and can contain up to 50% of the daily iron requirement of an infant.

Professor Davies also stressed that, where possible, mothers should continue to breastfeed during the introduction of solids and that regular cow’s milk as the main drink should be avoided until after 12 months.

“Continued breastfeeding, or the use of infant formula, until at least 12 months of age is important for the good nutrition of the infant”, he said.

* Professor Peter Davies is a member of the Regional Advisory Board of the Nestlé Nutrition Institute.

Similarly, mothers should be warned of the difficulty of reversing a decision not to breast-feed. Before advising a mother to use an infant formula, she should be advised of the social and financial implications of her decision: for example, if a baby is exclusively bottle-fed, more than one can (800g) per week will be needed, so the family circumstances and costs should be kept in mind. Mothers should be reminded that breast-milk is not only the best, but also the most economical food for babies. If a decision to use an infant formula is taken, it is important to give instructions on correct preparation methods, emphasising that unboiled bottles or incorrect dilution can lead to illness.