Article The Photo Sparking Anger From Thousands of People 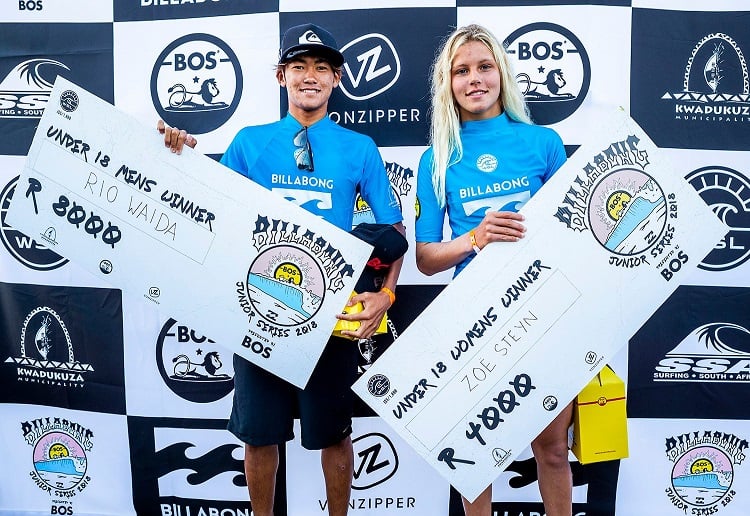 A photo from an international surf competition has sparked a heated debate about gender equality and the controversial pay gap in sport.

The photo uploaded to the Ballito Pro Facebook page on Monday, has attracted the anger of thousands of social media users, shared Daily Mail.

Whilst admitting that the image ‘on first glance does look like a huge disparity’, however, World Surf League Australia/Oceania Regional Manager Will Hayden-Smith, claims it doesn’t tell the full story behind the different pay grades.

Mr Hayden-Smith told the ABC the issue was ‘complicated’, and suggested that it was the number of competitors in each event rather than the gender of the athletes themselves that ultimately determined the sum of the prize money.

‘Men get double the prize money only because there are double the competitors,’ he said.

In response a statement from the event organisers reads:

“The event organisers of The Ballito Pro, presented by Billabong, and representatives of Billabong, have noted the concerns raised regarding the apparent discrepancy in prize money between the girls’ and boys’ division for the Billabong Junior Series.

“The Ballito Pro maintains its stance as a pro-gender equality competition, which is evident from the ongoing development of the women’s series year-on-year,” said festival organisers. “Based on this commitment to equality, we are meeting with all relevant stakeholders to discuss how any potential discrepancies can be resolved going forward.

“We are grateful to everyone who brought awareness to this issue and we value all the contribution, comment and participation that has prompted discussions, at the highest level, for a speedy resolution.

“The World Surf League (WSL) is the sanctioning body for WSL-aligned surfing events such as The Ballito Pro. The WSL implements certain criteria to determine surf ratings and prize money, and we have formally requested a detailed outline of this process for future discussion.”

Chad D Arcy, event license holder of the Billabong Junior Series, stated: “Billabong has always been actively invested in and supportive of women’s surfing in South Africa. We’ve proudly watched women’s surfing grow over the years, in part thanks to the host of women’s events we’ve run. For many years, we’ve sponsored a team of female athletes, nurturing their careers in surfing from an early age.

“In order for any professional surf event to be internationally accredited, it has to be sanctioned by the WSL. The WSL also determines the allocation of prize money and points for each event.

“As a brand, Billabong is, in every way, committed to gender equality and will continue to support the growth and progression of women’s surfing in South Africa.”