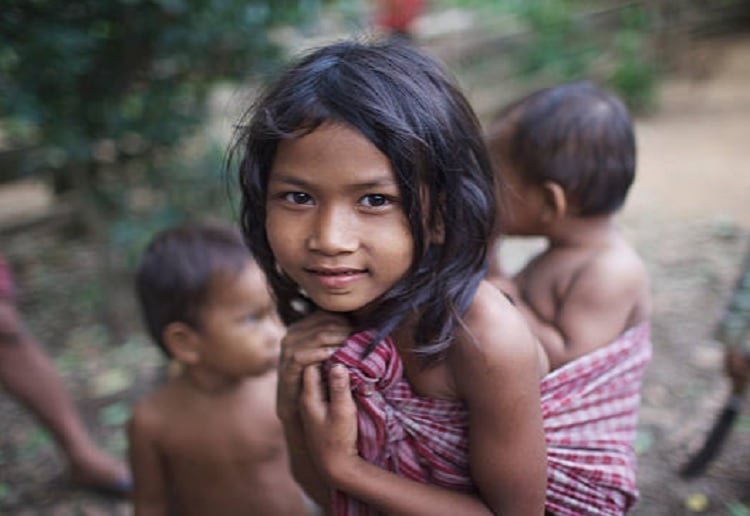 The scam involves a mum approaching you on the street. She asks you to buy her some baby formula so she can feed her starving child.

You agree feeling heartbroken for them both.

She will lead you into a nearby supermarket (conveniently of her choosing), where you pay a large sum for a can of baby formula.

As soon as you’re out of sight, she creeps back into the store — where she has a prearranged relationship with the owner — and sells it back to him.

They split the profit, and that formula goes right back on the shelf.

Lina Goldberg, author of  Move To Cambodia: A Guide to Living and Working in the Kingdom of Wonder, told news.com.au the scam has been going on for years and is difficult to contain.

“It’s hard to say no, and many well-meaning visitors have bought large cans of overpriced formula in Siem Reap’s Pub Street area,” said Lina, who first moved to the country in 2010.

“Once they get their selfie with the hungry baby and head back to their hotel, the woman returns the milk to the store for cash, and starts the process over again.

“A single baby can be bought a dozen cans of formula a night.”

“Well-meaning tourists might not think it matters if it’s a scam or not,” said Lina. “Money is still going to a poor Cambodian family, right?

“Unfortunately, buying baby milk perpetuates a situation where older children are kept up all night and out of school so they can beg on the street, and babies and toddlers, possibly borrowed or rented from their mothers, are kept swaddled and unable to walk.” 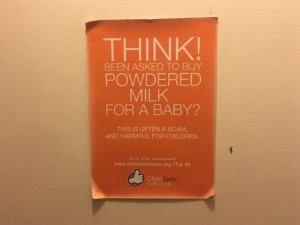 Child protection organisation ChildSafe has English-language posters set up prominently around town, on street poles and in toilet cubicles, which warn tourists that “this is often a scam and harmful for children”.

Have you been caught out at all while travelling?