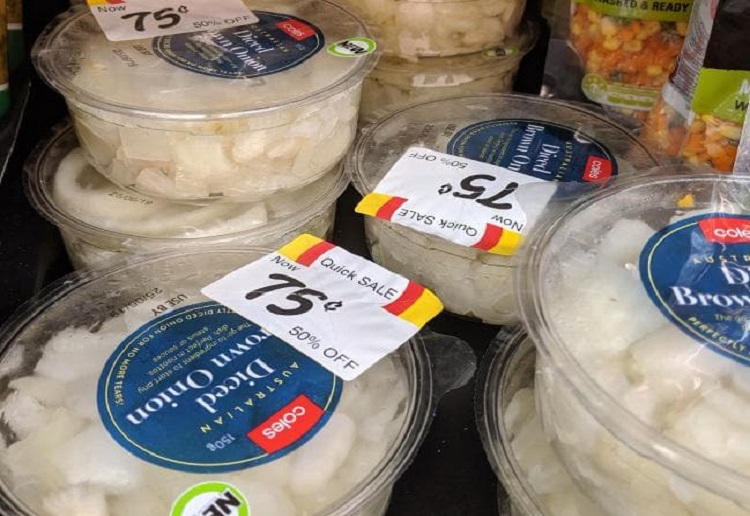 A new item found at an Australian supermarket has people questioning how “lazy” customers are becoming.

Coles has been slammed by a Sydney-based environmentalist group, Northern Beaches Clean Up Crew, after it came to their attention that the supermarket giant were selling diced-onion.

“Are we really that lazy that we can no longer dice our own onions?” the group asked on their Facebook page with a photo of the product.

“So much unnecessary plastic!”

The post drew a lot of attention, with many others commenting that the idea was “absurd” and “ridiculous”.

“WHY IS THIS AT ALL NECESSARY,” one person even vented.

Others planned to boycott Coles, believing that the extra packaging would be bad for the environment.

However, some people have defended the product, pointing out that the pre-cut vegetables are a great necessity for those with disabilities — but they are still angry about the excessive packaging and price mark-ups of the items.

A Coles spokeswoman told Yahoo News Australia that the retailer knows that cutting onions is a task many customers don’t like.

“It can quite literally bring them to tears,” she said.

“So this is another example of where Coles has done the work for you.”

“All the packaging for this product can be recycled through REDcycle soft plastic recycling bins which are available at all Coles supermarkets.”

Other pre-cut items include pumpkin, carrot, and even mushrooms and broccoli.

CHOICE have said “The obvious benefit of buying convenience veg is the time it saves you in the kitchen. When you’re trying to get out the door to meet friends, or feed the kids before you hear yet another ‘When’s dinner going to be ready?’, then even a few minutes can make a difference.”

But “as you’d expect, there’s a price to be paid for the convenience of pre-prepared veg, although it varies depending on the product.”

CHOICE added, “It’s arguable whether the convenience is worth it, but how much it adds to the problem of plastic packaging isn’t.

What do you think? Lazy shopping or smart shopping for a busy generation?