Article The transgender couple who made history 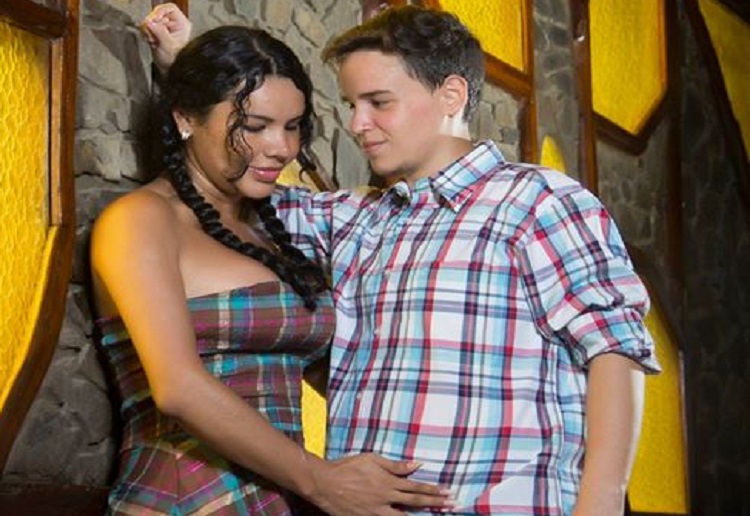 The couple who made history last year when the transgender ‘father’ fell pregnant by the trans ‘mother’, want more children.

Four months after giving birth to their first child, Fernando Machado – who was born a woman – and his partner Diane Rodriguez – who was born a man – have revealed they want to expand their brood, reports Daily Mail.

The new parents, from Ecuador, have opened up about life with their new baby after becoming the first transgender couple to fall pregnant in South America.

They have not yet announced the name of the newborn baby – but the 16-week-old is affectionately referred to as Caraote – which means ‘the snail’.

‘We are the same as other families. Even though we might not have the same rights, we’re the same,’ Mr Machado, who gave birth in June, told the BBC.

‘We don’t have a name yet – or rather we do – we are just waiting to announce it.’

Ms Rodriguez, who was born male – as Luis – spoke about how she never thought she would know the joy of being a parent.

‘Being a mother was never something I thought I would do because I am a transsexual,’ she said.

‘The law before demanded that to be recognised as a woman you had to be castrated.’

Ms Rodriguez headlines in her native country in 2013, when she became the he first transgender candidate to run for Congress.

She has previously spoken of how she struggled in the wake of coming out to her family, who shunned her and forced her to live on the streets.

‘We live as man and woman. I’m a transfeminine woman and Fernando is a transmasculine man. The process to get here was complex for each of us.

‘Knowing it’s our right, we decided to add another member to our family. ‘

Mr Machado has also spoken about the moment he found out he was pregnant.

He called his mother and sent her a picture of the pregnant test. She then showed it to a doctor who announced: ‘It’s positive’.

‘I started crying with happiness, fear and dread, all at once. It was the most beautiful moment,’ he said.

‘I had never felt like that before. Wow, at last, I am completely happy.’

We recently shared the story of Evan who was born female. He came out as transgender 16 years ago but never stopped wanting to have a baby. The transgender dad who proudly “chest-feeds” his baby.

We also revealed the world’s “first pregnant man” who gave birth to three children while transitioning from a woman to a man has revealed he is having a hysterectomy and is hoping for a fourth child via IVF.