Article This gas is useless, give me an epi 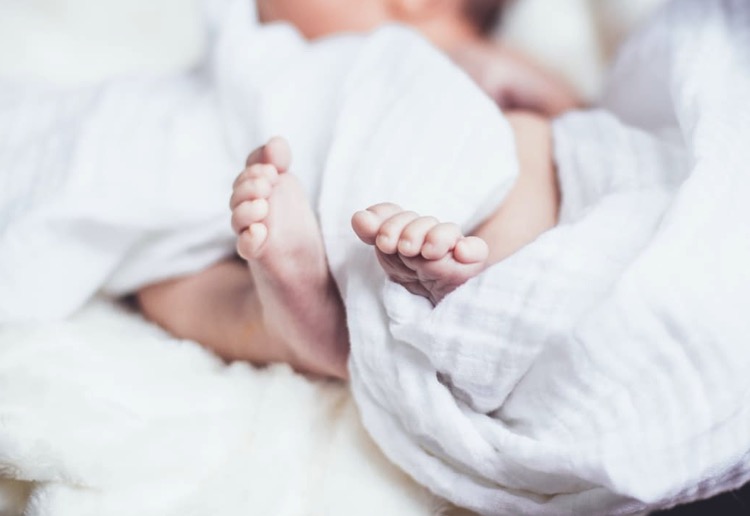 We clocked into the labour ward on 3/1/15 at 5am for an induction of labour.

“You’re here to have a baby,” the midwife stated. What a clinically unusual way to welcome a woman into the birthing experience. First examination and only 3cm dilated, followed by a manual breaking of waters, syntocin intravenously pumped through my veins (the hormone that sends you straight into active labour) and a lovely foetal monitor strapped to my bulging stomach.

The midwife was just about to finish her shift and was fatigued, hence her skill in inserting a catheter in my left hand was questionable, after which I was left with a bloody, sore, swollen and bruised hand (for weeks). Soon, a matron with control of everything marched in and successfully put the drip in my right hand. Now, I had two bloody, sore, swollen and bruised hands.

Because I was stuck in the bed attached to a drip and foetal monitor, I asked for the sensor that gets attached to the baby’s head so I could move around a bit during labour. Tired-almost-finished-her-shift-can’t-wait-to-leave midwife had questionable motivation but performed the procedure. Second examination. By now I was used to “opening wide”, but unfortunately the sensor didn’t attach and I was still stuck in the bed strapped down to the monitor. This position would be my fate.

After a few hours sucking in gas that was as useless as a helium balloon, I said, “Screw this, get me an epi!” and called for the anaesthesiologist who (in my mind) floated in on a white fluffy cloud with her magic trolley of magic make-the-pain-go-away drugs. I only smiled once during labour and it was when I saw her… because there were rainbows beaming from her face. She rattled off some legal mumbo jumbo “paralysis this”, “infection that” in between contractions.

I profusely accepted the terms and conditions and eagerly nodded to a big long needle inserted into my spine. I would’ve taken the needle in my eyeball or that spot behind the knees that always gets sunburnt. Anything to make the intense pain go away. Only 10 minutes later, I went from hardly being able to breathe to a 30 minute nap.

I was falling in and out of sleep, and each time I woke up, Elias’ heart rate would go up and I would be shaking uncontrollably. They call it maternal fever. Maybe infection or the effects of the epi. I was freezing and couldn’t stop quivering. This went on and on until I was administered antibiotics intravenously.

In between naps, Tommy fed me grapes and mentioned going to Subway for a footlong. I was ready to put a footlong in his bum if he left me here with these baby-extracting people.

The epi was starting to wear off. Panic set in. Where was rainbow lady? I asked for a top up. All was good again. But the fever was still there and after about three hours, I had switched from Antarctica to the Arabian desert. It was so stinkin’ hot. Into the drip go more antibiotics and some paracetamol too… Sure, why not? Drugs, come at me!

Things were not progressing and we were getting somewhere in the ninth hour. Elias’ heart rate was going up and they were uncertain whether he would cope in natural labour. Since there was meconium in my waters, it was important that foetal distress was minimised for a safe delivery. Being carted to theatre for a C section was on the agenda. My ears pricked. That wasn’t in my birth plan! I was meant to spontaneously go into labour, pitter-patter into the bathtub dreamy eyed, with classical musical playing and the aroma of various essential oils to keep the mood relaxing and calm. I wanted to do everything to avoid being sliced open.

They decided to take a blood sample from the Elias’ head to check something. The medical terminology I’m still unsure of, but basically they find out if the baby is distressed. Third examination. They also took blood from me to check something – I can’t remember, maybe it was just the Red Cross taking advantage of my zonked state. I was going in and out of sleep, waking up in panic and checking the monitor to make sure his heart was still beating. That was my biggest fear, more than emergency surgery. That we would lose him.

More hours passed and a C section was still in question. Fortunately, his heart rate was going back to a normal level and I was starting to feel OK again. But, get me a bag I need to vomit! Apparently a good chuck is normal during labour. Nice to know. At least four months of morning sickness had taught me to just let it all up because it would feel good after.

13 hours on and it’s time for my fourth examination. Fully dilated! But does he go through the birth canal or under the knife? Another blood sample was taken from Elias and they decided to go ahead with a natural delivery but they will only allow a 30 minute window. Any more than that and I get sent to the butchers. Luckily, the third epi top-up was just starting to wear off so with every bit of tingling sensation I had, I needed to push.

Then, I got cut. Not the cut-on-the-bikini-line-that-will-heal-in-six-weeks cut. No. The cut that no woman ever wants. My birth plan revolved around labour methods that would avoid tears at all costs by measure of probability (water birth). An episiotomy is so much worse than a tear, almost a mutilation of womanhood if you will. But, by this point I was so exhausted and ready to have our baby I didn’t care. And besides, I was really given no choice since the doctor was adamant about getting him out quickly using the forceps. Yep. Tongs and scissors. And, I still had a second degree tear.

Elias was finally delivered and I saw him for the first time. They lay him on me and I thought, “Wow, what a fatty. How did I manage to have such a big baby inside me?” He was 3.8kg and 52cm. The doctor stitched up Frankenstein’s monster (aka my nether regions) for 45 minutes while I gazed at Elias in awe and wonder.

Yes, it’s true that you forget about the labour. That is, until the epi wears off and you have ice packed in your undies and can hardly walk let alone sit or let anything touch your bum and lady bits. The pain in the weeks and dare I say months following birth does not allow you to forget as it is a brutal reminder of what your body went through to expel a human.

I will admit for a “natural” birth, the level of intervention was very unnatural leading to many complications, which took about four months to heal and recover from. Then came the mastitis and ductal thrush a la breastfeeding, infected stitches, bruised tailbone, broken pelvic floor and the pain, oh the pain, from the cut.

Looking back, I reflect on how women are made to undertake such a laborious task and not just because we can physically take it, but emotionally and mentally too. What women are capable of is nothing short of spectacular. The mammoth task to bring forth life was given to us, and though it’s not easy by any stretch (excuse the pun), it is an honour that we would be gifted with such a huge responsibility.

Here’s the clincher, what is even more remarkable, is how I experienced women come together alongside me through my pregnancy, birth and motherhood journey. My mum, sister, mother-in-law, friends, neighbours, other mums and mums-to-be. The midwives, doctors and nurses, who I’m so grateful for. Even strangers, such as a compassionate clothing store lady who didn’t scold me when Elias had colic and was screaming the shop down. Women give life but they also sustain life through the power of connection and community. I’ve been witness of this first hand and now I’m empowered to pay it forward and pass that blessing onto other mothers. Now, let’s all hold hands and sing Kumbaya!

Amanda Palm is a Nutritional Therapist and Lifestyle Blogger based in Sydney, married to a Swedish man and mother of a Swasian son. Her Blogs & Banter* include real life stories about Weight Loss, Nutrition, Mental Health, Parenting, Relationships, Faith and Work. *no BS guaranteed