Article Tragic warning after baby gets tangled in cot blanket 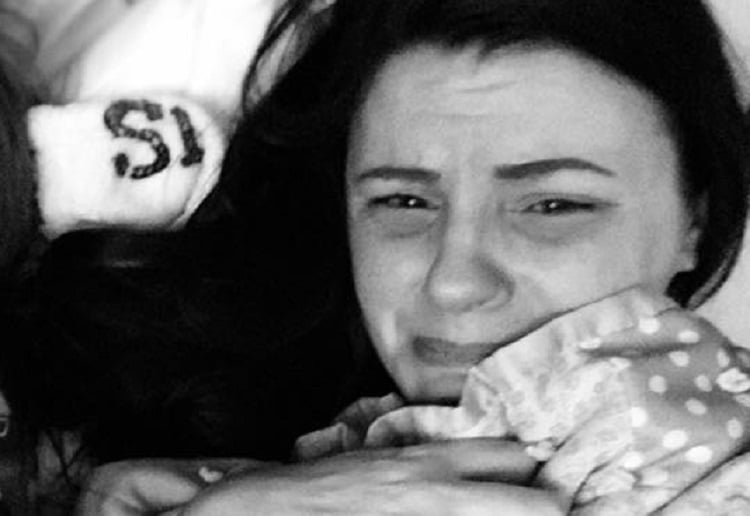 We know how hard it is to read these tragic stories involving young children. We are truly sorry if it causes you any distress. By sharing these heartbreaking stories we hope that it may just save one other family suffering a similar horrible fate.

A US mum of two, Jordan DeRosier, shared her families tragic story on Facebook so other parents can learn from her “world shattering mistake.”

Jordan wrote, “To those who keep commenting and messaging trying to blame vaccines for our sons death- stop. Initially I had not wanted to explain the detailed circumstances of his death because of my guilt and the fear of condemnation from others. But I will not allow anyone to try and place blame where it does not belong.

He was 7 months old, I thought because he was crawling, standing on his own, and climbing, that he would be fine with a blanket.

This is the face of immense, unfathomable grief, the face of longing, of heartbreak, of self inflicted GUILT.

I will NEVER stop feeling responsible. I will relive this for the rest of my life knowing EXACTLY what I could have done differently. Please learn from my world shattering mistake.”

Jordan’s post has received over 9.5k reactions, 7,397 shares and over 4k comments.

Her plea has resonated with parents across the globe.

The mum explains how she found her baby boy in the morning “ice cold” with purple skin and blue lips.

“I was the one who found Sloan. I went in to get him from his crib at 9:48am, opened the door and noticed he was on his stomach with his beloved blankie around only his head. I yanked it off, touched his back and felt that he was ice cold. I flipped him over and a blood curdling scream for Justin escaped me. His face and chest were completely purple on one side. His lips blue. His eyes closed.

Justin came running in and I handed Sloan over to him. I remember the animalistic scream of ‘No!’ that came out of Justin over and over. I remember him laying Sloan on the kitchen counter, trying to perform CPR while on the phone with 911. I was still screaming.”

“I have a lot of guilt,” DeRosier, 30, tells PEOPLE. “What could I have done better? Could I have saved him? I will never be able to shake the feeling that there was something more I could have done to prevent his death.”

She desperately wants other mum’s to learn from her son’s tragic death.

“That’s really the only thing giving us comfort right now,” she says. “We’ve gotten thousands of messages from parents saying that after reading about our story, they took blankets out of cribs.”

“Every time I close my eyes I see it,” she says. “I am trying not to be alone at all because I relive it and picture what happened.

“It’s still so fresh that every time I close my eyes it’s all I can see — him laying there. All I can see in my head is how I found him and those images have replaced the good ones, but I hope I’m able to bring to the forefront the happy memories of him when he was alive.”

SIDS recommend baby sleeps on the back, ensuring that his/her face and head remains uncovered during sleep.

If a blanket is being used instead of a sleeping bag, ensure baby is placed with his/her feet at the end of the cot, tucking the blanket in securely underneath the mattress, so it can only ride up as far as baby’s chest and cannot cover his/her head.

Ensure there is no soft bedding in baby’s sleep environment. Soft bedding (pillows, doonas, loose bedding or fabric, lambswool, bumpers or soft toys) in the cot is unnecessary and may cover baby’s face and obstruct baby’s breathing.

Our hearts are shattered for this family and we sincerely thank them for being brave enough to share their story publicly in the hope they can save other families a similar grief.

Another heartbreaking story this week was from a mum who lost her baby during a night feed. She wants to share her warning to other parents as well.  Read more here.