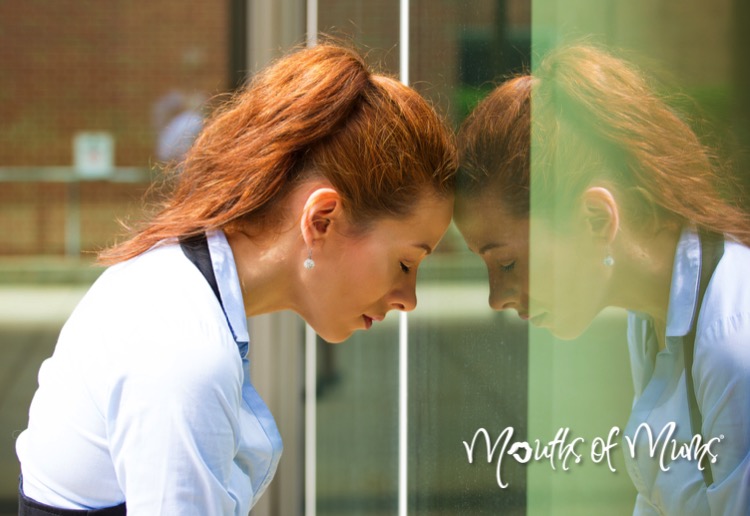 I got in the lift after a long day at work. The last bit was unnecessarily long after some bright spark decided it would be an awesome idea to schedule a meeting for 5pm and then forget to let half the attendees know that it had been cancelled.

Earlier in the day my boss made me feel like a slacker until I rearranged childcare pickup so I could attend. The truth is, I had a terrible cold, my pelvic girdle pain was raging after nine hours in the office, and at almost seven months pregnant I was generally feeling hormonally challenged.

Just as the lift door was about to close, in jumped a colleague. She asked how my day was and I mustered the most positive voice I could: “yeah good, things are moving along really well with the strategy”. I asked her the same in return and got a similar response. It made me think though, did she really have a great day or was she just like me? The rest of the ride was silent and we parted politely at the bottom.

I don’t know about you but these exchanges happen around me all the time. With my closest friends, I feel comfortable in calling BS when I see it and they thankfully do the same in return before we have a more honest chat.

Generally though, I find this tendency to gloss over the bad and accentuate the positive is rife among women.

I’m not judging here – I’m deeply guilty of this habit too. So why the lies? Why is it so hard to resist the temptation to airbrush our everyday realities? We don’t have to go on an oversharing whinge rampage but isn’t there a more truthful middle ground?

If you don’t think there is a need for more truth in our lives, then I give you Exhibit A: Mummy Bloggers. Not the ones that fill Pinterest with their perfected photos of home life and craft that leave the rest of us wondering what we are doing with our time. No, the other bloggers – the truthful, slightly messed up ones that serve up equal amounts of humour and truth about raising children. Bloggers like Constance Hall and Bunmi Laditan, who are outrageously successful with followers numbering in the tens of thousands.

These women have taken the much riskier choice of offering women online what they crave in real life: truth in advertising.

Yes parenting can be beautiful, yes marriages can be romantic, and jobs deeply fulfilling. But each area of your life can also be at times monotonous, suffocating, frustrating, and maddening. And there is nothing wrong with that! As humans, we would never really appreciate the light if we didn’t also have to endure the shade.

For my own part, I have tried to be more truthful to the shade in my life but I still find myself constantly slipping back into the habit of airbrushing. I published a book a couple of years ago about the first year of motherhood and suffered from the biggest vulnerability hangover you can imagine. It was one thing to be honest on a page at 3AM with a screaming baby for company but quite another to have friends and strangers rifle through my reflections on those times. I mean hell, even my mum’s lawn bowl friends bought copies and then wanted to discuss at length.

I knew full well what I was doing when I published and a large part of me was grateful that people were so engaged to take the time to read the book. But I was crippled with the fear of unleashing truth and being judged because of it. To a large extent, I still am.

The thing is though…none of us are really that dissimilar.

Yes we may drive different cars, live in different cities, have different educational backgrounds etc. but we are all mothers. I can’t tell you the number of times a woman has told me she laughed or cried along in recognition at what I had written. Even the bits – actually, especially the bits – where I felt like a freak or a terrible mother for writing what I did.

I’m pretty sure the mummy bloggers would say something similar about writing their own truths. You can also see it in the comments written in response to posts. The lesson is there for us to learn over and over again in our Facebook newsfeeds every single day: telling the truth may seem scary because we are taking a punt on being vulnerable but, as parents, it is worth the risk.

Ah god yes, it is so worth the risk. Why? Because truth binds us together. When we deny the truth, we are isolating ourselves from each other and cutting off chances at connection. Yes, the image we want to project remains safe but we are also airbrushing ourselves out of existence. And we are all the poorer for it. And far less funny.

So how was your day? Mine was crap.

Can you relate? Please share your thoughts in the comments below.