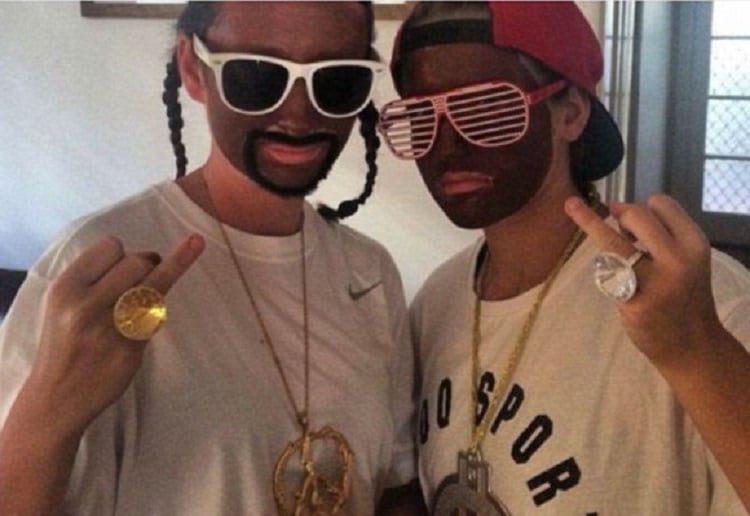 This year seems to be the disgrace of the black face costume. The latest to come under fire is two teenage girls from Sydney after posting a photograph of themselves wearing blackface as U.S. rap star, Snoop Dogg.

The two friends from Sydney’s eastern suburbs covered their faces in brown paint, braided their hair, wore gold chains, and donned big sunglasses to finish their look ahead of a recent party.

‘We have a million photos together but I feel like this one just sums up our relationship perfectly,’ the girl said on the photo, reports Daily Mail.

The original post was at first deleted after it sparked controversy, but has since started circulating again on social media.

Australian rapper Briggs, who has previously  expressed his frustration at the ignorance in Australia surrounding blackface, has hit out at the photo.

‘When did BFF turn into Blackface Forever?’ he tweeted. Another tweet in May read, “We should just make blackface illegal, that’d settle it.” 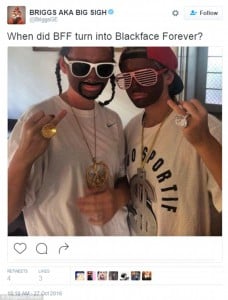 A mother sparked outrage last month by dressing her son in blackface for bookweek.

A Perth father was also slammed for posting a photo on Facebook of his son dressed as former AFL player Ben Cousins — complete with white powder around his nose and eyes rolled back in his head.

The dad posted the photo in response to the “blackface” outrage earlier that week, where a mother painted her son’s skin brown to look like AFL star Nic Naitanui.

Do you think people need to show a bit more respect? Or are these costumes totally OK?