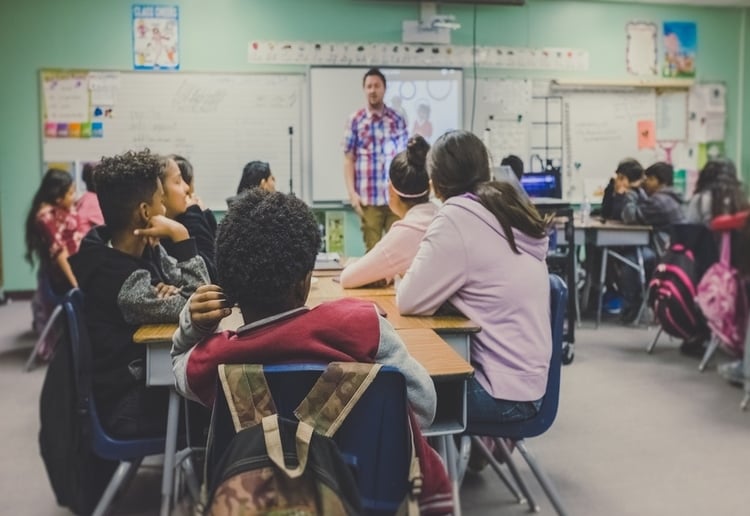 Let’s make it mandatory to teach respectful relationships in every Australian school!

The Victorian government is rolling out respectful relationships education in primary and secondary schools across the state.

Media reports of findings from the latest National Community Attitudes towards Violence against Women Survey caused a stir in recent days, with some highlighting the importance of education programs to teach young people about gender-based violence.

The survey of young people, aged 16-24, revealed some concerning findings. Nearly one-quarter of respondents agreed that women tend to exaggerate the problem of male violence. One in seven said women often make false allegations of sexual assault. One in eight weren’t aware non-consensual sex in marriage is a criminal offence.

But the 2017 survey also showed positive shifts in young people’s understanding of family violence compared to the survey in 2013. Young people showed an increase in their understanding of the different forms of violence against women and more respondents endorsed gender equality.

Schools play a significant role in educating young people about gender-based violence and helping change the underlying attitudes that lead to it.

The Victorian government began a rollout of respectful relationships education in primary and secondary schools in 2016. This is a whole-of-school program that aims not only to develop students’ gender awareness and respect but also to transform school cultures to be more gender-inclusive.

An evaluation of the program in secondary schools found positive results. One principal told researchers:

There were male teachers in positions of authority [who] used aggression as their method to get what they wanted. That just became unacceptable.

Schools have long played a significant role in teaching students respect and equity. Social and moral learning is embedded in the Melbourne Declaration, a 2008 document that sets out the agreed national goals of schooling. These values are also embedded in national and state curricula.

Read more:
Why education about gender and sexuality does belong in the classroom


Researchers in the mid-1990s highlighted the high levels of sexual harassment in schools, including early childhood settings. Others pointed to the broader gender equity and structural inequalities that impact girls’ options after leaving school.

All of this led to a high visibility and resourcing of gender (and other) equity reforms across Australian schools. By the late 1990s, however, anti-feminist backlash and government funding cuts led to a policy vacuum in this space.

Governments have recently renewed efforts to address gender-based violence in schools through what is now referred to as respectful relationships education.

This kind of education is included in the Australian Curriculum but not all state and territory governments have been proactive in making it mandatory. Victoria’s 2016 Royal Commission into Family Violence recommended respectful relationships education be mandatory in every school from prep to Year 12.

The program is now being rolled out in more than 1,000 government, Catholic and independent schools in Victoria.


Respectful relationships education seeks to prevent violence before it occurs. This is fostered through supporting schools to challenge and find alternatives to the rigid gender roles that support gender inequality and lead to violence against women. It encourages schools to examine gender in terms of:

Research conducted by the not-for-profit foundation working to prevent violence against women and children OurWatch, and Deakin and Swinburne universities, has highlighted the potential of this model to change attitudes and school structures. Students expressed thoughtful and informed views about gendered violence following their participation in the program.

People think sexual assault is about sex, but it’s about power […] It’s about a sense of entitlement.

I think it’s a good idea to have this sort of program in more schools. It’ll stop the system; boys growing up thinking that they should be the more dominant person in the relationship and learning this now might stop that and make it less of a problem.

Teachers and school leaders also relayed positive accounts of the program’s impact. One teacher observed students were now more respectful of each other.

Respectful relationships education develops an understanding of the links between the language the students use with each other and how that leads to situations where women are not treated equally, undervalued or misrepresented.

There are still hurdles

Teachers, leaders and students have generally welcomed respectful relationships education. But there are still many challenges to ensuring the program is embedded in primary and secondary schools. These include:

Schools are not a panacea for transforming the ills of society. Ending violence against women will require major and far-reaching social change. The history of respectful relationships or gender-based violence education indicates schools can play a significant role in this process.

But it is clear short-term, inadequately funded approaches do little to recognise the complexity of change and the time it takes to bring an education community to a common understanding, awareness and commitment to change.

Editor’s note: this article previously referred to the not-for-profit foundation working to prevent violence against women and children, OurWatch, as a charity. This has now been corrected.