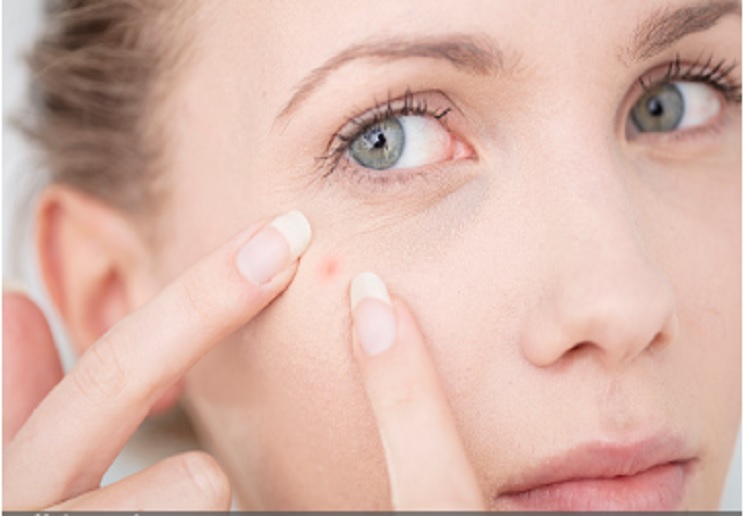 A young Queensland university student has told how she began vomiting blood and ended up in a hospital emergency department after taking the acne drug Roaccutane.

Stephanie Spencer, 21, developed acute pancreatitis just six weeks after being prescribed the medication and says she wants to warn others about the little-known side effects of the drug.

Roaccutane, also known by its generic name isotretinoin, is often hailed by dermatologists as the closest thing there is to a cure for acne.

But the drug has been linked to five deaths from suicide in the last five years in Australia, according to Therapeutic Goods Administration, and has been the subject of lawsuits around the world.

Ms Spencer, who has suffered from acne since she was a teenager, said she was initially excited to try Roaccutane when her dermatologist recommended it in November last year.

“I really wanted to try it because I had pretty bad acne for ages and the doctor said if I took this for six months then it would never come back,” Ms Spencer told nine.com.au.

Ms Spencer said the dermatologist did warn her about some side effects, but made no mention of pancreatitis, a potentially fatal condition where the pancreas becomes inflamed.

“He said I’d have dry lips and skin and some people suffer depression and are more prone to sunburn,” she said.

Ms Spencer said she had no health problems before taking the drug, but six weeks into her treatment a routine blood test ordered by the dermatologist showed up abnormally high levels of sugar and C-Reactive protein (CRP), which can indicate inflammation in the body.

“The doctor said I was at risk of having a heart attack or a stroke and he recommended I join a gym to lose weight, even though I only weigh 60kg,” she said.

Ms Spencer said the dermatologist did not connect the blood tests results to Roaccutane and didn’t change her dosage.

The next day Ms Spencer began having stomach pains and went to see a GP.

“The GP told me it was just period pain, even though I didn’t even have my period,” she said.

On her doctor’s advice, Ms Spencer took some Panadeine Forte which stopped the pain for a few hours, before it came back even stronger.

“I was in so much pain that I couldn’t move and I started vomiting up blood,” Ms Spencer said.

Not knowing what to do, Ms Spencer called her mother in Adelaide, who then phoned an ambulance.

Ms Spencer was rushed to Ipswich Hospital where she was told she had pancreatitis, which doctors attributed to the Roaccutane.

“They put me on a drip when I was at the hospital and I wasn’t allowed to eat for 3-4 days,” Ms Spencer said.

Ms Spencer said she was still waiting for an appointment with her gastroenterologist to find out whether she had suffered any long-term effects because of the medication. 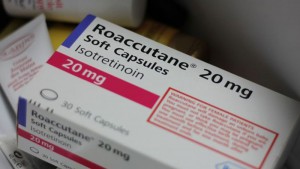 Information contained inside the drug’s packaging does not list pancreatitis as a side effect.

A spokesperson for drug manufacturer Roche said pancreatitis was a known side effect for Roaccutane and was documented in the Roaccutane Product Information, which is available on its website.

Common side effects listed in the written information for patients were described with “recognisable symptoms such as nausea and upper abdominal pain, rather than potentially less familiar terms such as ‘pancreatitis’ which may not be well understood by patients”, the spokesperson said.

Have you or someone you know had issues with this acne treatment?