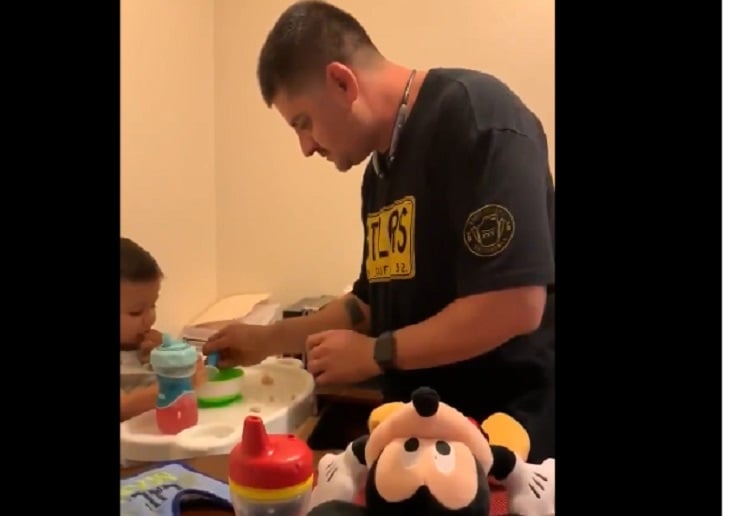 Disturbing footage on social media showing parents hitting their children’s toys in an effort to get them to eat their food has sparked quite the reaction.

When the toy does not ‘eat’, the parent will aggressively punch the child’s toy in what seems like an attempt to demonstrate the negative consequence of refusing to eat.

Clinical counsellor and psychotherapist, Julie Sweet, has issued a warning over the violent act that is being shared widely circulated on social media channels, suggesting it could leave children traumatised.

“The impact of doing this to a child is possibly detrimental. This trend could be interpreted as fear-based and may be traumatising for the child,” she told 10 daily.

“Both fear and trauma are not conducive in creating a secure attachment between the primary care giver and child.”

“[It] could also model aggression and violence and set up a reward and punishment framework and a punitive parenting style, which once more may evoke fear within a child,” she said.

She suggests being violent towards a child’s toys to get them to eat could also cause a poor relationship with food, and potentially even lead to eating disorders.

“Food is to provide nourishment to children and not be given under the veil of threat if its not consumed. The messaging here is all wrong,” she told 10 daily.

“I respect meal times can bring frustration sometimes for many parents, however children react better to positive reinforcement as opposed to punishment and threatening behaviour.”

Numerous videos of parents trialling the technique have attracted millions of views and outraged comments from fellow parents.

“The lessons that child is being taught here are really frightening. Violence or the threat of it should not be a tool of coercion,” a commenter wrote.

“That is absolutely sickening. How on earth will the child feel safe now?” asked another.

“Anyone who has studied psychology would know how disgusting this video is,” suggested a third.