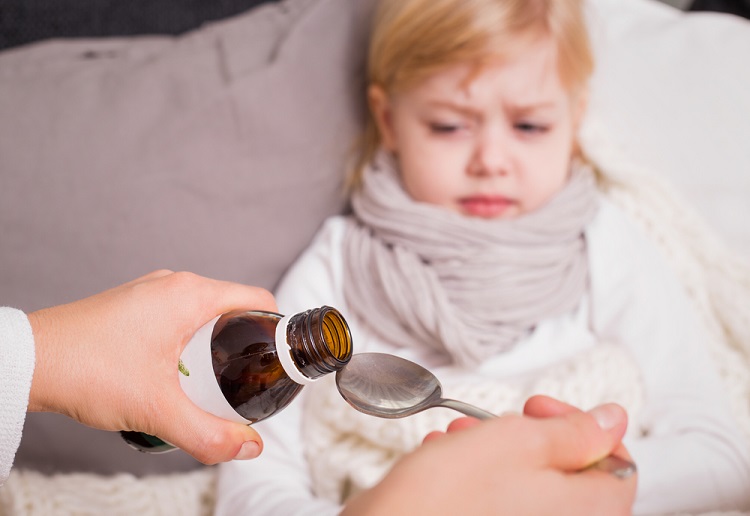 A reminder to parents that Codeine is not safe for kids. In Australia this includes Painstop medication.

The American Academy of Paediatrics issued a statement this week urging parents and doctors to stop giving children under the age of 18 both prescription and over-the-counter medications that include codeine, such as cough syrup and pain relievers.

“People have this very false misconception about codeine, thinking that it’s safer than other opioids,” Dr. Joseph Tobias, one of the study’s lead authors, told The Huffington Post. “Our whole push for writing this manuscript was to educate clinicians and push regulatory boards to pull codeine off the market for paediatric patients.”

U.S. researchers found codeine to be linked to rare but life-threatening and fatal breathing reactions in children.

“An opioid drug used for decades in prescription pain medicines and over-the-counter cough formulas, codeine is converted by the liver into morphine. Because of genetic variability in how quickly an individual’s body breaks down the drug, it provides inadequate relief for some patients while having too strong an effect on others.  Certain individuals, especially children and those with obstructive sleep apnea, are “ultra-rapid metabolizers” and may experience severely slowed breathing rates or even die after taking standard doses of codeine.”

In Australia in 2013 safety concerns were raised over use of codeine and codeine-containing medicines in children after reports of respiratory depression, including some fatalities. New guidelines and contraindications have been issued by international regulatory bodies, including the FDA, EMA and MHRA following safety reviews. The TGA is aware of the actions of other regulators and is continuing to review the available information to determine whether any action is required in Australia.

The EMA safety review concluded that codeine and codeine-containing medicines should only be used to treat moderate pain of short duration in children over 12 years of age, and only if the pain cannot be relieved by other painkillers such as paracetamol or ibuprofen.

It was recommended that doctors when prescribing codeine, consider the following new international guidance.

The study urges parents and clinicians to reach for other pain relievers such as Motrin, Tylenol and Ibuprofen instead.

“There is no benefit to codeine and potential risk, and it makes little medical sense to be using this in children,” said Dr. Rebecca Rosenberg. “Codeine is also not that effective as a pain medication. Very few people respond to it.”