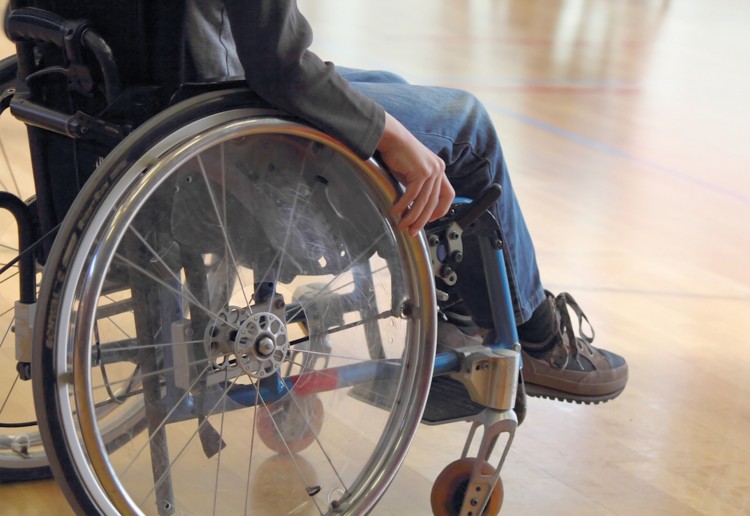 Pauline Hanson has outraged hundreds if not thousands of families with special needs children saying “we need to get rid of” autistic children from mainstream classrooms. But has anyone really thought, “how do the children feel?” We spoke to one mum of a child with special needs to get her thoughts.

Melbourne mum, Leanne Lawtey’s 11 year old daughter has a rare progressive disease of the motor neurons resulting in a severe physical disability… but Leanne tells us her daughter has a normal intellect and she didn’t even think twice about putting her in mainstream school.

Leanne explains, “We applied for funding for her to get aides to help her where she needed it. In Kinder she did beautifully and made many friends. When she started school we got Level 4 funding which we opted to put all of it towards aide time because of her high needs.

In her first few years things were sailing along beautifully, I have very close contact with the school and the aides. She was learning well and included in almost everything. There were some issues of course, my biggest gripe was that the school wouldn’t hire wheelchair accessible buses for excursions, so I would drive her to and from them. I have had a couple of issues with some of the aides not understanding the level of her needs… for example telling my daughter that, ‘she was a big girl now and should be using the toilet’… this upset her greatly because she is incontinent and wears continence aids.

Mostly they were on the ball, one aide in particular always made sure her stretches were done and even accompanied me to the hospital to talk with the OT there to see what else she could do to help my daughter at school. They also came to my home to do lessons with my daughter when she had to have 3 months off school whilst having operations.

My daughter had many friends and they would often stay and play with her at lunch time because she couldn’t run and play like the rest of them. But around grade 3 I noticed my daughter would say how much she hated being disabled. How she hated not being able to do everything the other kids could do.

Then in grade 4 it was a nightly thing, she would be in tears, hating her disease, hating being different, hating that sometimes the kids would forget about staying back to play. So often I would make light of things and tell her how lucky she was compared to other kids with disabilities…whilst I was crying inside. Every now and then, when I saw how deeply sad she was I would just let her pour it all out and we would cry together. Life is unfair.

But the night she said to me that she wished she could die and be born again without a disability I knew I had to do something.

A friend’s son attends the Nepean school… a school for kids with physical disabilities… she told me how wonderful it is and that I should check it out. I put it off and put it off because my daughter had a normal intellect and was learning at the same pace as the other kids, even if she did need the aides to scribe for her after a few sentences because her hands would tire, even though she had so much time off school for hospital appointments and surgeries, even though she had to be pulled aside from class to have stretches or walk in her walking frame or be changed. She didn’t need to go to a special school.

So Christmas came and she attended the Variety Christmas party… there she met other kids from the Nepean and other kids in wheelchairs like herself. I could see a sparkle in her eye.

I relented and said to hubby, lets just go and have a look, it doesn’t mean we have to send her there. But lets just look anyway. We took our daughter with us of course.

While we talked to the principal our girl was taken to one of the classes to join in. She came out with the biggest smile on her face.

On the drive home she said she wanted to go there. That finally she found a place where she wasn’t the odd one out…she felt like she belonged.

This year she started dual schooling. Three days at the Nepean and two days at her mainstream school. She never cries about her disability anymore. She never hates herself or her wheelchair and she never wishes she could run and play like the other kids… because she CAN run and play with the other kids in their wheelchairs. She’s a different girl now. She loves that the bus stops right at our doorstep to pick her up and drop her home. She wakes excited every day she has to go there and never wants to take time off.

I am all for mainstream schooling… IF the child is happy and feels they belong.

I know our story is different to many others, especially those with ASD. I also know that because funding has been cut for the majority of kids on the spectrum the schools tend to put them all in the same class if there is an aide in there to help another child (such as my daughter). This makes it challenging for the teacher and for the other kids. But I also think it helps teach understanding and acceptance to the neuro-typical kids. If we hide our kids with disabilities away from mainstream then I think we are doing both sides a disservice. They have so much to learn from each other.”

We are very grateful to Leanne and her family for sharing their story with MoM.

If you have a view on Pauline Hanson’s opinion that you would love heard feel free to send us a message.