Article What?!? Hot Cross Buns In The Shops Already! Too Early? 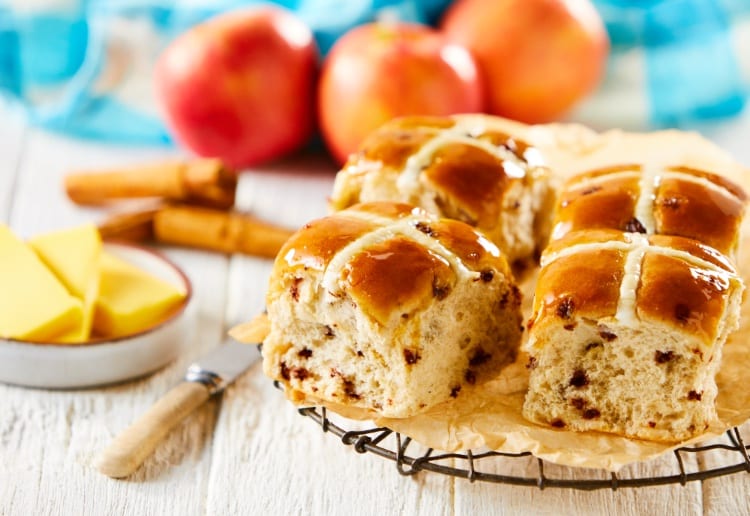 I’ve still got turkey and trifle leftovers in the fridge and the tinsel is not even tidied up yet. Our tree is still up – although it’s looking a bit more disheveled after my toddler decimated the ornaments on the bottom half. Christmas is barely over and yet the supermarkets are hoping to deep dive us straight into Easter with the super early, dare I say it – premature – launch of hot cross buns.

There’s always such a rush to move on to the next thing. Can’t we just have a moment to digest the fruit cake and pack away the baubles before we need to start thinking about the next eating fest? But no, there’s not a second to waste on reflection when retail is concerned. As soon as Boxing Day is done, all the clothes shop swap their festive gear for Back to School stuff and the supermarkets toss out the mince pies and fill the shelves with Easter treats instead.

There are still three months to go until Easter but the main supermarket giants are jostling to get their brand new hot cross bun flavours out to the market.

Shocked shoppers noticed that Coles launched their hot cross buns range on the day after Christmas.

This move was prompted by a growing demand for the bakery treat outside of Easter.

More than 1.6 million hot cross buns were sold within just five days of the buns arriving on the shelves last year.

“Our bakers are constantly being asked by customers when they can get their hands on our delicious hot cross buns,” Coles Head of Bakery Operations Shaun Percy said. 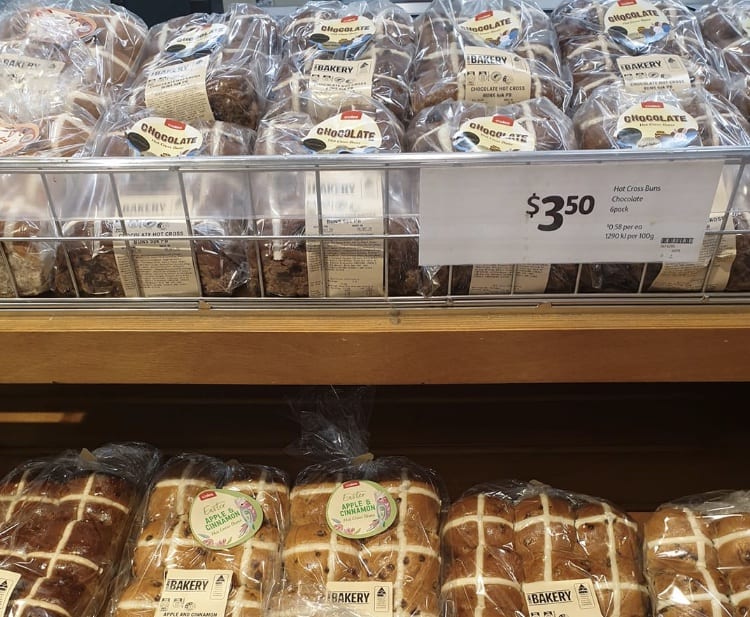 Woolworths has announced that from 30 December, it will be baking new indulgent hot cross bun flavours, including Mocha with Cadbury Old Gold Dark Chocolate Chips, and Apple and Cinnamon made with 100% Australian sourced Pink Lady apples, available in four-packs for just $3.50 each.

The supermarket has said that they hope that the new flavours will take consumer’s minds off a dreadful 2021.

“After a tough year, the introduction of our new hot cross bun range is perfectly timed to help customers ring in the New Year, and starts the countdown to 2021 Easter celebrations,” said Woolworths Director of Buying, Paul Harker.

Woolworths predicts there will be more than 77 million hot cross buns hopping off shelves in the lead up to Easter, including 17 million in the first month alone.

A Hot Cross Bun For Everyone!

“It’s important to take stock of 2020, but look forward to a new year with the release of our hot cross bun range. Perfect for Aussies looking to entertain, snack, indulge or help completely forget 2020,” Mr Harker added.

But not everyone is pleased with the early launch of the traditional (and not so traditional) Easter treats.

“Way too soon, take the cross off, and bring out the special varieties. Keep traditional flavour for Easter win-win,” read one Facebook comment.

“I’m just getting over Christmas why too soon!”

“Can we just finish with Christmas and New Years first..”

“Yes let’s work off the calories from Xmas and leave the buns until Easter when they should be on sale.”

Is it too early to launch hot cross buns in the supermarket? Tell us what you think in the comments below.