Article When speech development is not quite right!

“Wa-Wa” and the “Coklok” Experiment 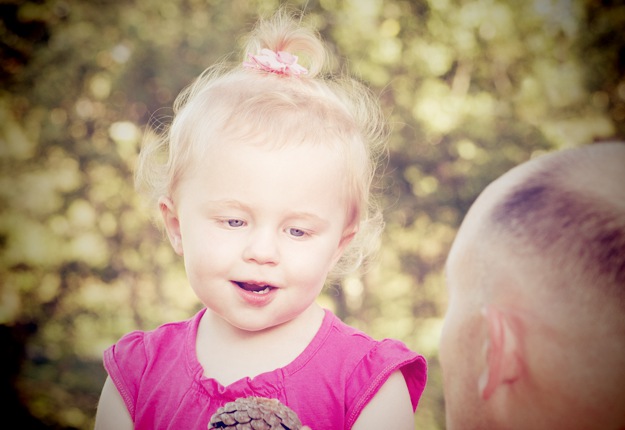 “Wa-wa”, my 10 month old said as she pointed to her sippy cup. I shrieked with excitement. “Oh my goodness! My daughter can talk!!” To me it was as clear as day that my daughter wanted water.

Hearing that first word was one of the most memorable and thrilling moments of my life. It was then, that I realised my daughter was responding to her environment; that she wanted to communicate; that the thankless 10 months, living in a constant sleep deprived state, before that moment had been worthwhile.

I handed her the cup with a massive grin on my face. It was then that a wave of relief washed over me. At last I had confirmation that my daughter wanted to engage in her environment. She was now developing one of the most fundamental skills to guarantee her survival – speech!

Thankfully her three brothers followed closely in her footsteps. Each of them said their first words around 10 months and could talk quite fluently by the age of 2-2 ½ . Under the tutorage of their big sister, they all learnt the ‘magic’ word ‘wa-wa” that was rewarded with the ceremonious presentation of the sippy cup. That first word that set them all on their path of speech development.

I feel fortunate that overall my children followed normal patterns of speech development. That is, except my second child, who at 3 years old stopped talking. On the very rare occasion when he did speak, no one could understand him. We just thought he was quiet and maybe a bit shy. This was until the talk of Coklok (our family word for chocolate) caused us to think otherwise. Usually the first to partake in this occasional treat, my ‘quiet’ son did not pay attention to the conversation, nor did he jump at the sound of the packet opening. We then suspected that maybe he could not hear us. I knew instinctively that something was not quite right.

My husband and I performed, to what we now refer to as the “Coklok” experiment. We said our known trigger word, “Coklok” randomly in conversation around the house. We raised and lowered our volume to gauge the extent of his hearing loss. The results of our rudimentary experiment were conclusive- As we suspected, our son’s hearing was not quite right.

A trip to the GP and then to the Ear Nose and Throat Specialist confirmed our diagnosis. Our son had ‘glue ear”. This was quickly rectified by inserting grommets. Six sessions with the speech therapist and daily therapy with me at home improved his pronunciation. My story has a happy ending and one that I think most parents could learn from.

As a mother of 4, I read with empathy the posts on the Mouths of Mums website and facebook page. I noticed that the question whether a child’s language development seems normal is asked quite often. I thought I would share with you my story and this guide so you can quickly assess if your child is not tracking along the normal speech development curve. It’s a bit more reliable than the “Coklok” experiment we used to assess my son!

If you suspect that your child may not be tracking normally, I urge you to trust your instinct. There is no harm having your child assessed by a professional. Early detection and intervention is the key to minimising the developmental impact on your child.