Article When your child is overweight 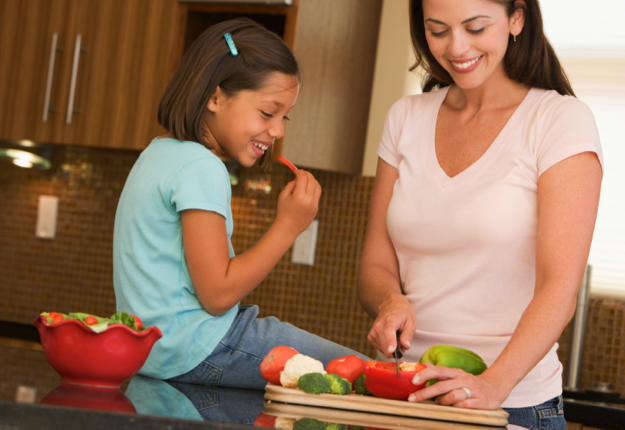 I will caveat this article straight up by saying that I am neither a child psychologist nor a nutritionist.

What I am is a woman who has been dieting since she was seven years old so you could call me a veteran of sorts. After years of difficult and often debilitating experiences related to my weight, I find it a topic impossible to discuss anymore.

To that vicious voice of self-criticism in my mind, I have literally become the white elephant in the room.

In that context, it is with great trepidation that I post this article. I hope I won’t be offered endless weight-loss advice or decried for being all things that society says I should not be.

Yet there’s a certain level of fearlessness in posting too, borne of the fact that my mind could conjure up far worse and imaginative things to call myself when I look in the mirror than any grammatically challenged Internet troll ever could.

I’m also posting because whenever I see an overweight child my heart sinks a little. I can only wish they haven’t suffered similarly from the ways in which the adults around them interact with them about their weight.

If I can save one child out there some of that pain, then the risk of posting would have been worth it.

So here it is, my list of points for parents struggling with what to say or do if their child is overweight or obese. I hope it helps, I really do.

Skip the labels – Sticks and stones may break your bones but, unlike the saying, words can have a lasting and highly damaging effect on a child’s self-esteem and body image.

Fat is such an ugly word. Get out your thesaurus and find some another adjectives.

A child is a child, not a walking embodiment of an affliction – Also equally ugly is talking about a child in the abstract, as though their physical attributes are the sum of their parts.

All children – no matter whatever shape, colour or creed – have a heart and feelings to go along with them.

The shame game doesn’t work – There are many, many studies out there clearly showing that shaming overweight people in an attempt to make them lose weight does not work and actually has the opposite effect.

As I said at the beginning, I’m not a child psychologist but I don’t think you need to be one to see that shaming children with jokes or outright criticism about their weight while they are still developing a sense of self and confidence is probably not a smart move.

I have an idea for a dieting craze that might just be crazy enough to actually work: a rubber bracelet that says, “Would I feed my child this?” If the answer is no, then maybe it is time to reassess your own eating choices – particularly when they are consumed in front of children.

And I’m not just talking here about the obvious burgers and fries but also crash-dieting on shakes to lose weight fast. Modelling and encouraging the whole family to a well-balanced diet coupled with regular exercise is a positive way to address weight without singling out any particular family members.

If they raise it, listen first – you may be waiting for the moment that your child raises the issue of their weight and, when the times come, get overexcited and gush all the advice onto them that you’ve been holding back.

Don’t. Let them have a voice, listen to their frustration and hurt. If they’re raising this as an issue, odds on there is a lot of that going on under the surface.

Kids can be cruel, particularly to other kids who fall outside the norm for whatever reason.

Then choose your words wisely – Only when they have said their piece, gently tread into the conversation and model it around what concerns they have raised rather than piling on new ones.

I remember once I told my mother I was worried about my weight and she immediately launched into her concerns about the size of my legs. I didn’t even think of my legs as a problem but have since spent the last 20 years camouflaging them.

Overweight children are not deaf – this one isn’t specifically for parents but for adults in general. Some of the harshest things said about my weight growing up were not said at me but about me.

I knew the tone straight away, a sort of bitchy half-whisper that adult women (it was always women) seemed to get when I was around. I remember one time gathering on the steps of our school for a photo with the staff. One of the relief teachers whispered to another that they would stand beside me because (cue half-whisper) “the fat ones always make you look slimmer in photos”. I can’t even begin to tell you the wonders that did to my already non-existent self-esteem.

Remember their beauty – there is something special and beautiful in all children by the simple default that they embody our love and hope for the future. Nurture your child’s self-esteem, compliment them for the things they can do and encourage them into hobbies they enjoy.

Let them see they are more than a number on the scales because, really, they should be able to see this and be comforted that the people who love them see that too.