Article Why do we fear childbirth? 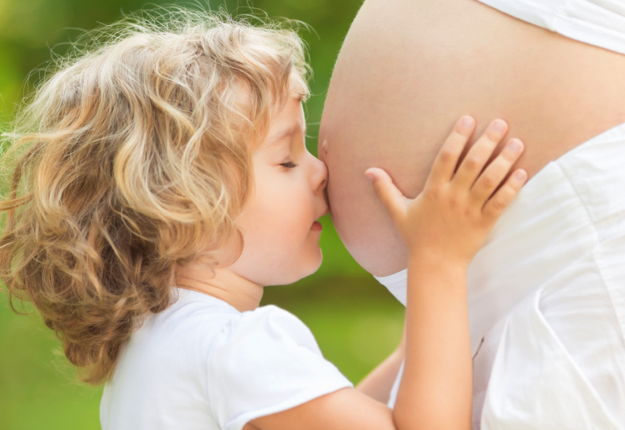 Let’s talk about fear. I have found that fear, when it comes to pregnancy and childbirth is by far the biggest hurdle to overcome, and covers the broadest range of emotions.

As soon as you have pee’d on that little stick and two glorious lines pop up, the feelings of elation and joy quite often fade into the background.

The first fear surfaces; ‘Will my baby be alright?” Quite often followed by “is this normal?” From anything to the normal cramping of a never stretched before uterus, to morning/afternoon/night sickness. As your pregnancy progresses, it’s usually “Will I cope during labour?”. “Will I be able to vaginally deliver my large baby?”

There are many theories that suggest, that we as a western civilization have these fears instilled in us from a young age.

From the many outside influences of media, recent medical statistics, family or friends horror stories and the extreme, rare incidences of horrible unpredictable complications.

Primitive man (woman) knew of her abilities, yes she knew of childbirth related deaths, stillbirths etc. But she and her community of women attendants, trusted, had confidence that their pregnancy and birth were all normal part of life. A ritual and right of passage in and of itself.

A long labour didn’t mean she was broken, they knew that their babies and their bodies had their own unique timeframe. Her attendants knew best how to serve her, they fed, bathed, provided hydration.

They followed her cues, if she wanted to rest, she rested, if she needed to walk, rock sway, and moan.

They knew that there’s a season for everything, a season has it own time frame, and it can’t be rushed. It can’t be wished to come faster or end sooner. If a mother struggled, they held her, they blessed her with prayers and herbs, and they performed rituals to ease her mind and body.

It was just as blessed and sacred event, as the changing of the seasons, the harvest, the abundance of food, the rites of passage of each member of their community.

Hieroglyphs, carvings, statues of primitive women all have the one current theme. The birthing mother would squat or kneel, using rocks, trees, or people for support.  The theme was there. Basically – they followed their instincts.

What did primitive women know that modern woman do not?

Instinct told them, what we now know. The best physiological position for a woman is upright, allowing her not only to sway and move to help baby’s decent into the pelvis. But also to allow the sacrum – the only mobile part of the pelvis to open, to facilitate the baby’s head and shoulders to pass easily through the pelvis and perineum.

Modern women, who adopt this approach in labour have been found to have shorter labours, shorter deliveries, less damage to the perineum (if any). Less need for narcotic or localised pain relief (epidural). Feel more empowered and have a greater chance of enjoying their births.

As you can see, in the first diagram here; with the mother on her back, there is no room for the sacrum to move. Her pain is harder to manage, all of the pressure of the baby’s head is in one area. The pressure is not evenly distributed. The mother has to fight against gravity to push baby out, at an almost right angle. There is more likely to be trauma to the perineum because of this.

In the second diagram, the mother is upright, pressure is evenly distributed. The baby can descend easier, the mother is working with gravity to push baby out, there is a greatly reduced risk of damage to the perineum. The mother tends to manage pain levels better.

Personally, I have been very fortunate, I have birthed all of my babies naturally. I’ve had active labours and births, and been able to follow my instincts, and choose what position I delivered in. All ten of them being in a hospital. We can choose our births, we can choose to labour the way we wish. As long as you are informed, you know your rights as a paying individual.

You are the only person, who can decide what you want. Labour and birth the way you want.

We don’t need to buy into the fear of the many, because of the scary scenarios of the few. Take the fear, and send it on its way. We would not be here if women hadn’t been able to birth their babies. Take back your confidence in yourself.

Believe in yourself, your body knows what to do.