Article Why every mum needs the child-less friend 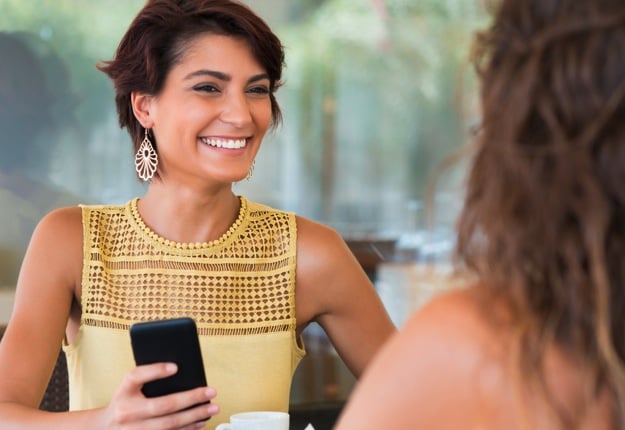 I have a friend called Claire. She has no children. In fact, she has absolutely no desire to have children. Truth be told, I don’t even think that she likes children.

She is the quintessential party girl, usually getting in at around the same time I am waking up of a morning. She spends her pay checks on shoes and reads the paper from start to finish without interruption.

She does not watch Dora. In fact, I’d hazard a guess that she doesn’t even know who Dora is.

You might be wondering why a mother of three would want to be friends with someone who doesn’t like children and whose life bears absolutely no resemblance to my own. The reason is simple: she forces me remember who I am without children. Me. Not me, the mother or me, the wife. Just me.

The person that I was before I had children is still in there somewhere. (She is probably buried under a mountain of dirty laundry, but she’s there.)

Conversations over coffee with other mum friends can often revolve around future choice of schools and how to tame a tantrum. We compare notes on bedtime routines and ask each other advice on everything from nutrition to worm tablets. Yes, friendships with other mums are invaluable and I doubt that I could make it through the week without them. But, if I’m honest, I’d have to say that on occasion we mums can get a little carried away with the antics of our children.

It’s refreshing to meet up with someone and know that for exactly one hour you are not going to talk about poo.

Women without children absolutely unequivocally do not want to know that your two year old has worms or that there is a smell in the house and you can’t find where it is coming from. Women without children want to talk about their dating escapades and who snogged who at the office Christmas party.

Women without children want to talk about politics, the property market and that hot ginger from Outlander. You know, all the exciting stuff.

I’ll admit that when a coffee date is looming, I begin “preparing”. I’ll actually watch the news for a few nights and maybe even skim through the newspaper while sitting in the school parking lot, waiting for pick up. I get excited about what else is going on in the world, besides the latest parenting trends.

We do occasionally talk about parenting. It’s just that the conversation always takes a completely different path and I come out on the other end with a different perspective than the one I took into the conversation. In fact, Claire has been the source of many pearls of parenting wisdom over the last seven years.

I can vividly remember sitting on her couch one Sunday afternoon, moaning that potty training my toddler had suddenly taken a step backwards.

She had turned to me and remarked, “It’s going to happen sooner or later. Have you ever seen a 30 year old driving to work in nappies?” Hmmm… Come to think of it, no I had not.

Then there was the time when, during a conversation about whether to hold my son’s first birthday at home or at the park, she reminded me “Doesn’t matter, he probably won’t remember it anyway. Just make sure you look good in the photos. You’ll be showing them at his 21st!” Well said, point made.

The time when I had been upset that my one year old hadn’t been invited to a mother’s group birthday party, I had lamented that this rejection might scar him for life. She had looked at me and asked whether it was really him or if it was me that was going to be scarred for life. Right you are again…

There is no mistaking that – for now at least, our lives have taken different paths. What matters is not that we are at the same stage or achieving the same goals in life. What matters is that despite our differences, we still support each other through everything.

I may not have all the answers, but what I do know is this: Don’t ditch your child-less friend when you make the transition to motherhood. You will need her, perhaps more than ever.

Women without children help us to think straight when our vision is clouded by love for our children.

They put things into perspective for us when we are so frustrated by whatever the latest childhood stage happens to be or when another mother has said such and such to so and so.

They help us to connect with our old selves and force us to remember the girl inside the mum. And she is someone you never should forget.

Do you have many child-less friends? Can you relate?