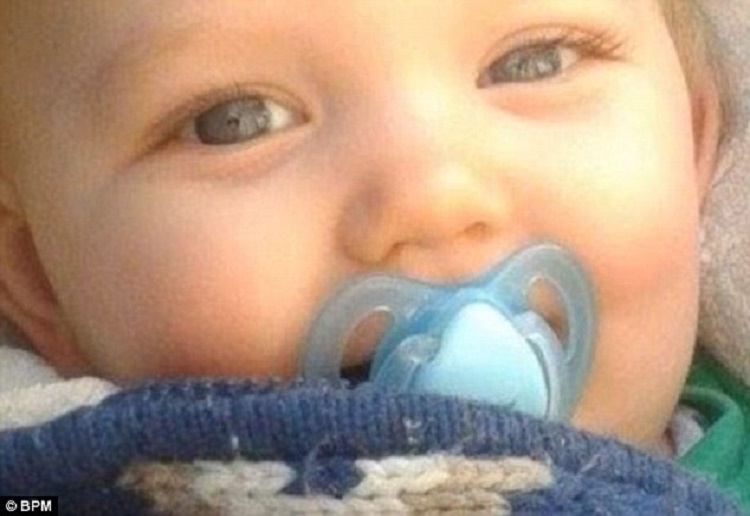 Parents who lost their baby boy in a tragic choking accident have spoken out about why they let a television crew film the last days of his life.

Nine-month-old Leyton choked on a piece of plastic, sadly despite being revived by doctors he died in hospital days later.

His parents, Adam and Serena, allowed Channel 4 programme Inside Birmingham Children’s Hospital to film his fight for life.

The heartbreaking episode, which aired last night, saw Leyton being taken to hospital after his father tried to revive him at home when his heart stopped beating following the choking incident, reports Daily Mail.

Adam and Serena explained in the highly emotive show why they chose to keep the cameras rolling on Leyton’s battle to stay alive, saying they wanted to pay tribute to their son and the staff at the hospital where he was treated.

They said: ‘All parents know the dangers of choking, but even when you think you’ve done all you can to protect your baby, accidents can always happen.

‘We both decided to share our story for a few different reasons.

St John Ambulance: How to save a choking baby

‘In memory of our son who put up such a brave battle, to show people just how incredible the staff and facilities are at Birmingham Children’s Hospital and more than anything, if by watching this programme it makes parents even more aware of hazards, and saves just one little life and another family going through what we did and will continue to struggle with for the rest of our lives, then his life wasn’t in vain.’

Leyton stopped breathing after he accidentally swallowed a small piece of plastic and his father, who’d completed a first aid course, was forced to perform CPR when his son’s heart stopped.

Following a conversation with a 999 operator, Adam carried out chest compressions while waiting for an ambulance.

Doctor’s at the hospital managed to re-start Leyton’s heart and place him in an induced coma.

After a series of tests, they tried to wake him two days later but the little boy failed to respond and an MRI scan showed abnormalities. He died three days later.

Serena told the Birmingham Mail that the couple were approached after they arrived at the hospital. She reveals:

‘We didn’t expect to want to continue in the event of losing our beautiful boy. But once it became clear that Leyton wasn’t going to get any better, we both felt an overwhelming sense of wanting to do something to raise awareness.’

Serena explains her grief as an all-consuming ‘emptiness’, saying: ‘It’s almost like you don’t feel like you. There’s that emptiness. It consumes your whole body. It’s a strange feeling.’

Such a terribly sad story. We are so thankful to this family for sharing their heartbreaking experience to help raise awareness to other families. It is something all parents need to be aware of.

Jamie and Jools Oliver are totally smitten with their fifth child