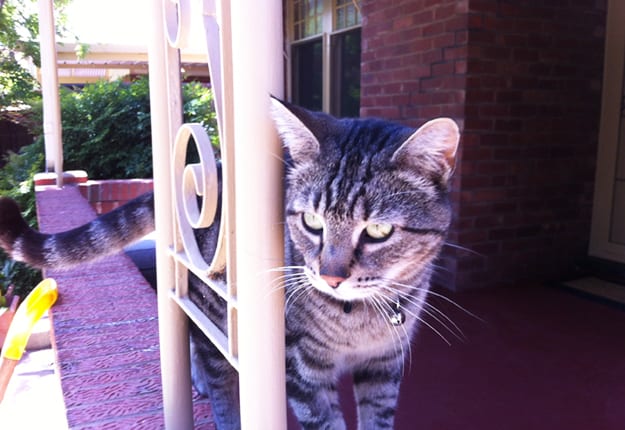 Parenting can be purr-fected by looking after furry household friends first.

It’s a bit of a cliché that when a couple get married or move in together one of the first things they do is adopt a pet. Everyone, of course, teases them about it being perfect training for having children.

I used to be one of those doing the eye-rolling until my hubby and I got our feisty two-year-old tabby from the RSPCA – Luca – and learned what fantastic training it really is.

Thinking about adopting a kitty or pooch before taking the parenthood plunge? Here’s how it can be helpful in learning how to slot into your designated roles with ease in future.

LEARNING DISCIPLINE. Having a pet is a good way to work out who the softie and who the toughie parent is. The one who lets the cat sleep on the unused end of the dining table, when you’re eating just for two (er, that would be me), is the one who’ll likely let the kids get away with murder. The one who knows how to set boundaries – ahem – is he who gently scolds the cat before placing it elsewhere.

SHARING RESPONSIBILITY. Who remembers to feed the feline each morning and night, and to top up the kitty litter tray monthly? Who’s the one on alert for the cat mewing at the door when it wants to be let in? Learning how to share the load will put you in good stead for the future.

DEALING WITH TANTRUMS. Think animals don’t do stroppy? You haven’t seen our cat meowing to go outside at night then, with his tail in the air and pointed stares at the door. The high-pitched meowing at his pet bowl – after he’s already had a feed – also reeks of toddler tantrums over choccy bars at the supermarket. Learning how to turn a blind eye to pleading looks and whimpering is Parenting 101.

BEING A KID AGAIN. Our cat, Luca, loves playing chasey. We’ve bought the overpriced toys, but he prefers running around corners after a piece of string. And it’s hard to know who has more fun – him or us. That’s the fun of having little ones in the house: they remind you how to be a kid again and help you forget your adult worries for a time.