Article Why this sweet and innocent moment is actually very dangerous 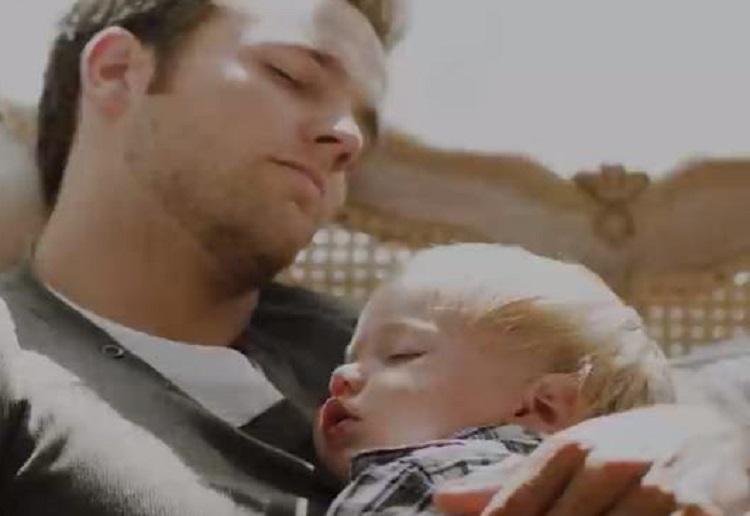 This sweet and innocent photo of an infant sleeping on daddy’s chest has been captured by many families, but experts warn it is actually a very dangerous pose.

In 2010, Dr. Sam Hanke fell asleep on the couch with his 4-week-old son Charlie and woke up, hours later, to find his child dead, shares Fatherly.

Dr. Sam Hanke fell asleep on the couch with his 4-week-old son Charlie and woke up, hours later, to find his child dead. It was April of 2010 and the pediatric cardiologist and his wife Maura, a kindergarten teacher, were both proud parents.

Hanke fell asleep with his son hoping to give his wife, who had been breastfeeding, a rest.

“I just sat down on the couch to watch some TV and he was kind of sitting on my chest. We were just hanging out and I nodded off,” Hanke remembers. “A couple hours later I woke up and Charlie was gone.”

The precious image of the dad sleeping with his kid on his chest, turned tragic.

“As a father, the only thing you want to do is have a healthy baby and help out” acknowledges Dr. Lori Feldman-Winter, co-author of the American Academy of Pediatrics safe sleep recommendations.

But it can lead to terrible results, especially in the living room. Dads who fall asleep on the couch or in a chair while trying to take care of a child risk having that child roll off of them or out of their arms.

Hanke is struggling to help others avoid tragedy. He says dangerous sleep images have become part of parenting traditions.

“There’s certainly a norm to these images that is subtly saying that these types of behaviors are safe and okay.”

He acknowledges that people may believe that because of how many fathers seem to be sleeping with their kids on couches without consequence. That’s understandable, basic psychology.

The state will never police parental sleep habits, but the culture around couch time can change.

Dr Hanke insists that it must–and soon. He lost his child. He will not stand idly by and let other people experience his pain. He hopes to educate people. He hopes to stop all those dangerous shares.

He notes that people would likely be troubled by a picture of a car in motion with a kid hanging out the window.

He hopes the image of the father and baby sleeping on a couch becomes just as unsettling.

“We hope that people will say, ‘Wow, that kid is in an unsafe sleep environment,” Hanke says. “We hope that it’ll become more and more recognized.”

Read more: Are sleeping bags safer than wrapping your baby?

MAJOR breakthrough into the cause of SIDS