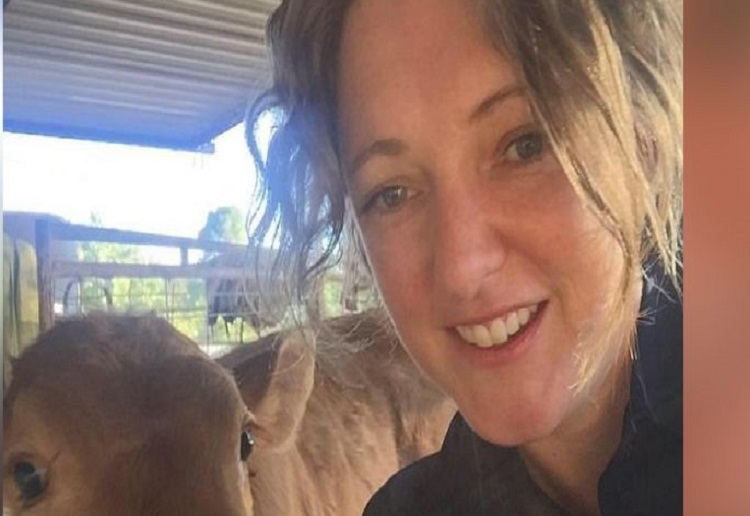 A young mum wakes after 3 mths fighting for life in an induced coma, after contracting the flu while pregnant.

Sarah Hawthorn, 33, did not know that she had given birth to a beautiful boy.

Sarah’s son was delivered five weeks premature during an emergency birth last month, and her worried husband, Robert, is maintaining a bedside vigil at The Alfred hospital, reports Herald Sun.

The baby boy has been nicknamed ‘Bomber Hawk’, Rob will only wait for Sarah to wake up so she can give him a name.

Sarah’s sister-in-law, Rachael Holt, said the family was worried, saying on a fundraising page: “Sarah remains in an induced coma, fighting for her life, unaware that she has given birth to the most perfect little baby boy.

“At present she is fully machine-supported and literally fighting for her life. The joy of the arrival of her precious baby (is) tinged with sadness as we continue to hope and pray for the best possible outcome.”

“She took every vitamin under the sun and did everything by the book during her pregnancy,” she stated.

“Her baby boy … has never had the chance to lay with his mum, snuggle into her chest or hear her infectious laugh.”

The Cobram woman initially went to her local doctor, but her family says she was sent home several times.

She spent eight days seeking medical help but was sent home from the Yarrawonga hospital and told to see a GP, it has been claimed.

On August 28, she went by ambulance to hospital, where her son was delivered in an emergency birth.

Doctors at The Alfred Hospital have confirmed that she had contracted influenza A and pneumonia, and other complications.

Sarah is finally awake and in a stable condition.

The family confirmed the mother has since woken from her coma  and her baby boy is “fit and healthy.”

“After three months in intensive care, Sarah’s condition has improved and she is now stable,” the Hawthorn family said in a statement.

“It has been a big journey for our family.

We’ve been overwhelmed by the generosity of the community, and all the kind wishes we received.

“We would like to thank everyone at The Alfred and especially the team in ICU for their dedicated care.”

Her four-year-old daughter Savannah Gillespie started showing symptoms of the flu, including feeling sick and cold.

It took five visits, including one to a local doctor and Noarlunga Hospital, before Savannah was properly diagnosed with influenza Type A and a bacterial infection.

Savannah ended up in intensive care at the Women’s and Children’s Hospital in the city’s north, where she was intubated for 13 days.

“The doctors said if we didn’t take her in that night… she would have died,” mother Rhiannon Gillespie said.

“Just to see how quickly she deteriorated was horrible.

“Her organs were shutting down. She had to have two chest drains put in to drain fluid from her lungs.”

Authorities urged those who hadn’t had a flu shot to get one, even though it is late in the season. And they advise people to be vigilant about washing their hands, to avoid spreading the virus.

Do I have cold or flu symptoms?