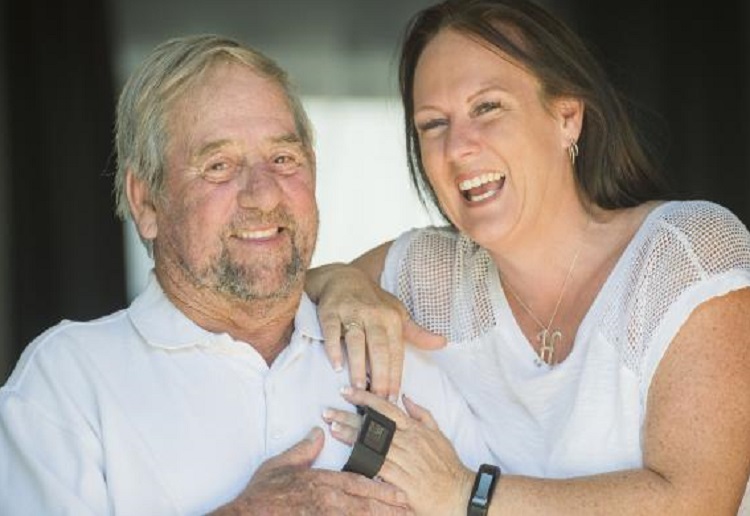 Mick Schroeder, 73, is counting his blessings after his FitBit alerted doctors that his heart was about to give out.

When the readings on his watch showed his heart lurching between 47 beats per minute and a staggering 218 beats per minute on January 6, the Roweville grandfather was rushed to MonashHeart hospital where stunned specialists were able to save his life.

“I wouldn’t be here if I didn’t have it,” Mr Schroeder told the Herald Sun.

Unsure why he was suffering dizzy spells, Mr Schroeder went to see his GP only for scans of his heart to draw a blank.

It was only when the unusual step of examining the heart-monitoring data from his FitBit was undertaken – revealing his heart could jump to a life-threatening pace before returning to normal a minute later – the alarm was raised.

“He had a very life-threatening arrhythmia…which in that sort of setting has a high-likelihood of dying.

“He was very sick. He had probably been in it for several weeks before coming to hospital.

“We are not, as a group saying everyone should go out and buy a FitBit yet, but it is an interesting thing in terms of picking this up.

“It is a growing area where consumers will be able to be a lot more involved in their own health.”

Having bought her dad a top-of-the range FitBit so she could use it’s GPS to monitor him while he lived independently, daughter Hollie Schroeder had no idea it’s heart monitoring could also become a lifesaver.

“It saved his life, I think every elderly person should have one,” she said.