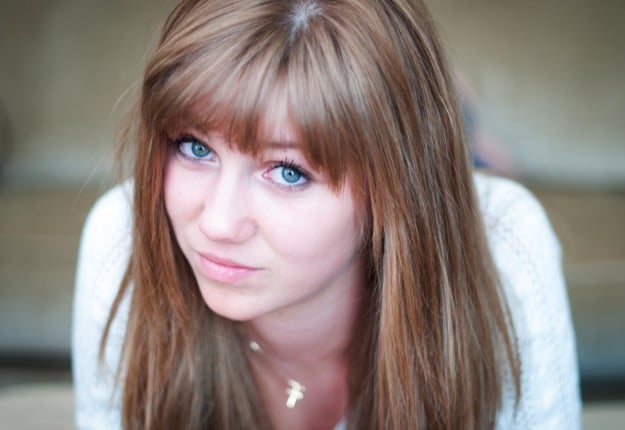 “Shark week – Hoo ha-ha”, my husband and I chanted knowingly to each other. The recent outburst from our teenage daughter indicated that her monthly (and PMS) was not too far away.

Affectionately this week had been renamed as ‘Shark Week” following a Facebook revelation that the female reproductive organs closely resembled the anatomy of a shark’s brain – when it is drawn on paper that is.

Of course, the irony is that the behaviour of some, especially our daughter, can be likened to that of a shark during that time.

Quietly she cruises the house for three weeks appearing to the unsuspecting as more akin to a dolphin. She then starts circling her prey until the day when her hunger for confrontation is too strong and with a primal swoop the irrational and highly emotional attack is unleashed leaving her victims metaphorically limbless and wondering “what the f*&$ just happened?!”

I am currently drifting in a bloodbath following the recent ‘shark attack’ on my poor unsuspecting husband this morning. The signs of an imminent attack were apparent and had even been discussed the night before.

I had observed that the ‘shark’ had consumed half of its body weight in chocolate cake, had developed its cyclic skin disorder (aka acne) and had developed a degree of oedema making it appear slightly larger and puffy – all clear indicators that shark week was looming.

The ‘shark’ appeared to be swimming past us – maybe a bit too close for comfort over the past 24 hours. She had expressed a strong need for attention and requested that I, a fellow shark, currently disguised as a dolphin, read her latest short story (which I might add was excellent).

In the presence of an innocent seal (my husband) I offered some suggested improvements. The seal, being good friends with the dolphin, supported the suggestions and this put the shark on edge. The shark was obviously not open to creatures of a lower order attempting to help it and spent the night restlessly wondering what were the dolphin and seal’s intentions?

With sunrise the following day came the gnashing of shark teeth clothed in a sleepy down turned mouth and teary looking eyes.

The dolphin and the seal, hopeful to deter an attack, casually discussed the piece of shark’s writing. The dolphin apologetically defended the way the shark had been handled the previous night and the seal nibbled playfully at the shark’s fin. The shark, having reduced tolerance for the seal’s playfulness rose up and bit the seals head right off leaving the seal to retreat to the safety of its cave and the dolphin speechless in a state of complete shock

After the attack, the shark realised that it had hurt an innocent creature and reverted instantly to dolphin state in a remorseful and teary transition.

The seal, confused and emotionally wounded, asked the dolphin for an explanation as to why the shark attacked so ferociously.

It could not understand why the shark (who he happened to love and who he had believed for the past few weeks was actually a dolphin) would hurt him so badly.

The dolphin, in its attempt to be the peacekeeper asked the shark (come instant dolphin) to apologise to the seal. The dolphin then explained very poorly to the seal why the shark had bitten him. The dolphin loves the seal but can also empathise with the shark. This confused the seal and frustrated the dolphin because the seal, no matter how smart it is, will never understand a shark!

Have you experienced a ‘shark’ at your house recently? Please share your experiences below.