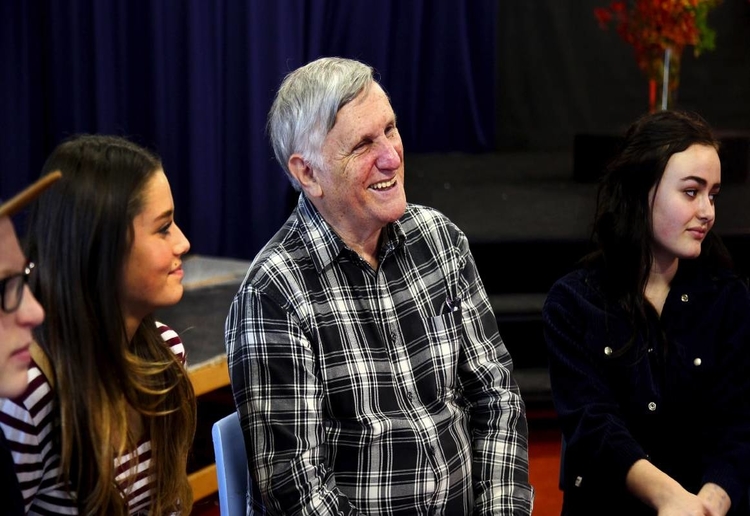 Australian teacher and author John Marsden says that a rise in poor parenting is resulting in ‘emotionally abused’ kids who are unable to cope.

John Marsden is best known as the award-winning author of novels such as Tomorrow When The War Began and So Much To Tell You, but he is also a teacher and founder of two schools with a passion for child development and education.

His latest non-fiction book The Art Of Growing Up is a tell-it-like-it-is guide to parenting, with John saying that many parents have a poor approach to raising their children that is causing a generation of kids who are ‘emotionally abused’.

John said that the tendency for modern parents to be overprotective could be doing their children more harm than good, but that it is often not discussed for fear of offending people.

“I think one that parenthood is regarded as a sort of sacred subject and that you’re on dangerous ground if you criticise parents or the role they take in their children’s lives,” John told the ABC.

As an educator and step-father to six children himself, John is no stranger to the daily challenges of parenting but feels that many parents are unable to accept criticism of the way they are bringing up their children. He also finds that many kids lack the resilience they need to bounce back from failure and cope with life’s ups and downs.

“The first group is delightful to work with and the second group (who are in the majority now) are hard work.”

Whilst John’s opinions have been met with some resistance, he stands firm in his belief that poor parenting is resulting in emotional abuse.

“It’s not visible in the way that physical abuse is…but there is terrible damage and it’s damage that can’t ever be fully repaired,” he warns. “It’s lifelong.”

John believes that wrapping children in cotton wool can have serious consequences in later life including mental health conditions, addiction, and even criminal behaviour.

His new book is a series of case studies that explore different parenting decisions and the impact they have on children, some of which may be difficult for parents to read as they recognise their own behaviours in the stories.

Do you think John has a point? Let us know what you think in the comments below.

Parenting Expert Recommends 1:1 Holiday With Kids
What’s Your Parenting High And Low That You Have Encountered So Far?
Now You Can Take Your Baby To Work