Article Baby turned away from hospital twice before deadly diagnosis 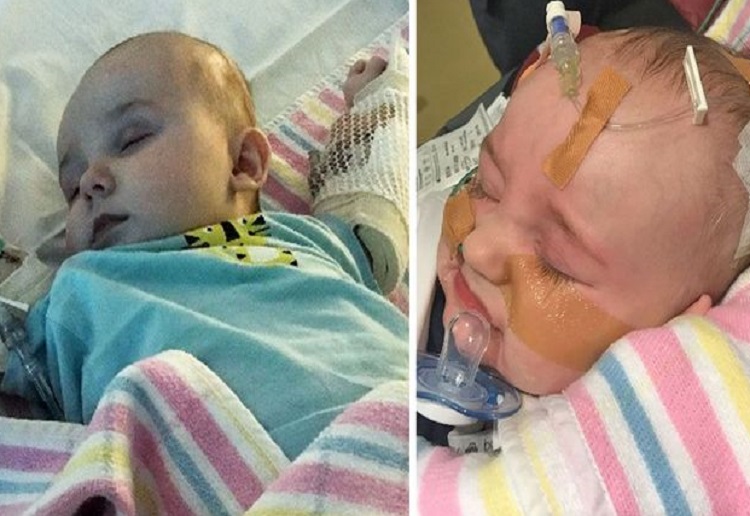 Baby boy turned away from hospital emergency department twice before finally being diagnosed with meningitis.

Mum of three, Tegan Gilbert, first took her four-month-old son, Brock Morschel, to the emergency department of Shoalhaven District Memorial Hospital in Nowra, NSW on July 10 when his cold took a turn for the worse and his temperature spiked to 39 degrees.

Doctor’s turned her away because Brock seemed alert, she was advised to give him Panadol and keep his fluids up.

“He was just going downhill. He’d had a fever since Monday and he was starting to get really weak,” she said.

She then took him to her local medical centre and saw a GP who told her to take Brock to hospital immediately.

“She looked at him and just said, ‘he’s not well, take him straight to casualty’ and she bulk-billed us and told us not to worry about anything at reception, just to go straight to the hospital,” Ms Gilbert said.

However when a paediatrician assessed Brock, the little baby smiled at him, so he was sent home again.

“Brock smiled at the doctor at that stage and was looking at him, and yeah he basically said because he was alert at that time just to take him home,” Ms Gilbert said.

“He did diagnose him with an acute upper respiratory infection that day but said just to go home and watch him.”

Brock’s condition didn’t improve and the next morning Ms Gilbert took her son back to the medical centre again, this time seeing another GP, who also sent her straight back to the emergency department of the Shoalhaven hospital for a third time in four days.

Ms Gilbert said staff at the hospital were prepared to send little Brock home again, after he took a sip from a bottle.

But Brock was then seen by a new doctor, a locum from Sydney, who asked the mum one further question.

The doctor decided to keep Brock in overnight for observation, a move that may well have saved the baby’s life.

Again Brock took a turn for the worse.

“That night he started vomiting and was still feverish and was just getting worse. His eyes were just rolling back in his head at that point,” Ms Gilbert said.

The doctor who had seen Brock earlier began to suspect meningitis and performed a lumbar puncture to test for the inflammatory brain disease. His suspicion would soon be confirmed.

Terrifyingly for Ms Gilbert, baby Brock had begun to have seizures, due to the swelling on his brain.

He also suffered a small stroke and was found to have a blood clot. 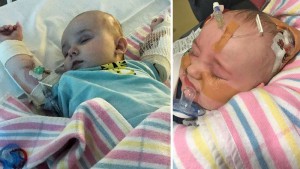 Brock’s seizures grew worse and were soon coming one after the other so a decision was made to airlift him to the Sydney Children’s Hospital in Randwick on July 16, where he is still being treated.

Ms Gilbert said Brock’s condition was now stable but doctors did not know what long term effects the meningitis and his seizures would have on his brain.

“They are not real sure of the long term effects it might have on him. We are only going to know that when he starts to walk and talk and all of that,” Ms Gilbert said.

Ms Gilbert said she was more “frustrated and disappointed” than angry about her son being turned away so many times from Shoalhaven District Memorial Hospital.

“To have to go to the casualty three times, I’ve got no words for it,” she said. 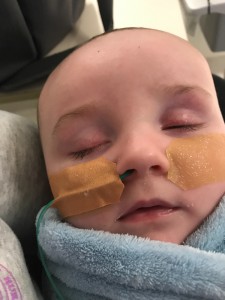 “But the one doctor that actually diagnosed him I could not fault him. If it wasn’t for him I don’t even want to think about what would have happened.”

Doctors have said Brock may be in hospital for another month and a GoFundMe page has been set up to help the family.

A post on the GoFundMe page states, that baby Brock contracted Rhino Virus and salmonella since being in the hospital! He also continues to suffer strokes and seizures, the longest one so far has lasted 40 minutes!!

Ryan’s Rule has been developed to provide patients of any age, families and carers with another way to get help.

Use Ryan’s Rule to get help when you are concerned about a patient in hospital who is getting worse, not doing as well as expected, or not improving.

While Ryan’s Rule is only in Qld, other states across Australia have enforced similar rules. Check with your local health provider if you are seeking further information in your state. Or ask to speak to the patient liaison officer at your hospital.

We wish little Brock loads of strength to make a full recovery.