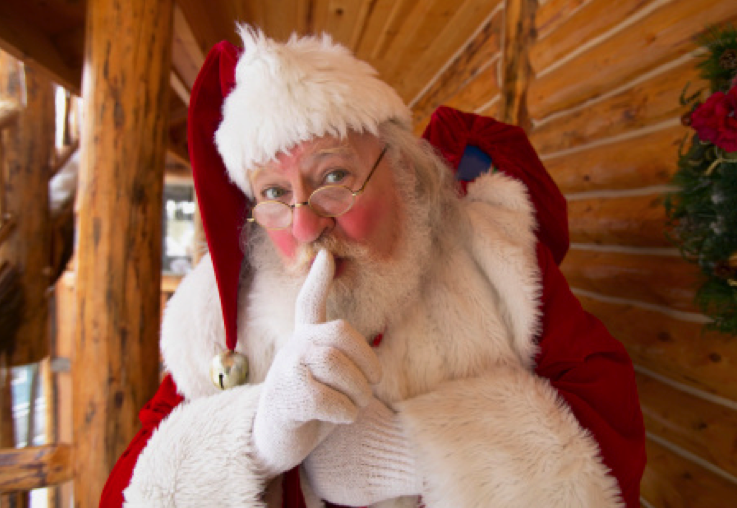 We would love you to join our discussion. Where do your children sit for their photo with Santa?

A couple of years ago a child protection activist raised concerns saying it was best not to sit children on Santa’s lap for Christmas photos.

It sparked a massive debate at the time on social media, Bravehearts founder, Hetty Johnston, spoke out about the need for children to feel safe and not feel pressured to sit on Santa’s knee.

“The directive would be for children to stand beside, unless parents or children request to sit on his knee,” she told the Courier Mail.

“Shopping centres have duty of care to protect children on premises.

“We teach kids it’s ok to say no if they don’t feel safe.

“This means not having to sit on anyone’s lap, including family members, if they don’t want to.”

Australian sexuality educator, Deanne Carson, told Kidspot, “I don’t want to slam parents – but I think they can undermine their child’s trust when they coerce or bribe or blackmail,” she says.

“It can set up some very unhappy consequences – if the child is at risk, and they don’t trust that the adult is going to support them in setting boundaries around body autonomy.”

While she does think that the message about consent is getting through to parents – the message unravels when parents’ desires override the child’s needs.

Are your children happy to have a photo with Santa? How do they prefer to do it?

We have shared the story of schools banning students from including candy canes and similar treats with their Christmas cards PLUS a call to ban reindeers at Christmas festivities.

Top that off with a warning to parents to STOP lying to kids about Santa and Christmas is all but over as far as the Grinch is concerned. Then there was the new policy regarding gifts for teachers  and the changes to how Santa could give lollies from the firetruck.