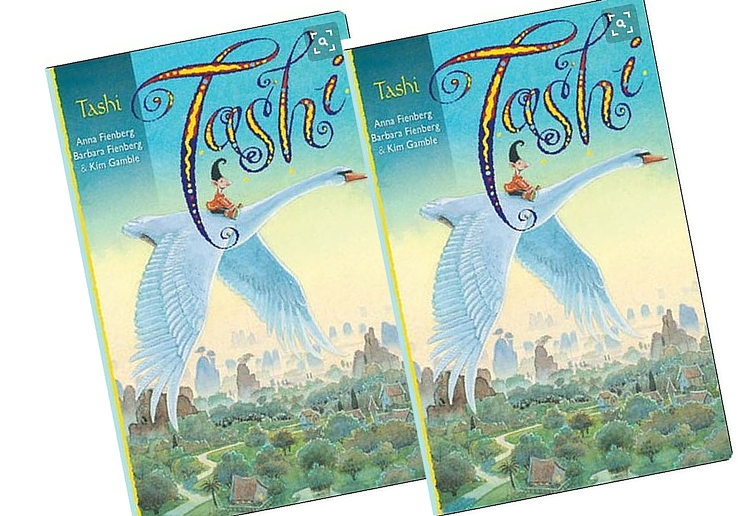 The much-loved, award-winning artist is known for illustrating the best-selling Tashi books, written by mother and daughter authors Barbara and Anna Fienberg, died on Friday, aged 63.

Mr Gamble created the look of the lively, elf-like boy with the curl of hair that graced the top of his head, known by children everywhere as Tashi.

“He is a bit weird but still, somehow, he fits in,” Mr Gamble said of his creation.

Tashi has become an iconic children’s character with more than a million books sold in Australia and New Zealand. The stories have been translated into more than 20 languages, adapted for television and won international fans including Angelina Jolie.

A self-taught artist, Mr Gamble began drawing as a child, and revealed in a recent interview, “For its own sake and to get things out of my system. As the youngest of four, whenever I was angry because I wasn’t getting my own way, I’d go into my room, take a sheet of paper and a pencil, fill the sky with jet planes and draw soldiers all over the ground. Then I’d attack them – zzzooomm BLAT! BOOM! BLAT! – with long fast lines and lots of squiggles. After 10 minutes, the ground was a mess of destruction and I’d feel much better. I also drew flowers, when I couldn’t contain my happiness.”

Co-Author of the Tashi books, Anna Fienberg, said that Mr Gamble’s imagination “a magic gift which he shared with the world”.

“I was so amazingly lucky to work with him for 20 years, making books together,” she said.  “He developed the deliberate silences left in the text, creating the world lying beneath. He extended the themes, feelings, light in the landscape, helping me discover what I had written.

“Working with Kim was like learning a new way to see. It was perhaps the magical appearance of Tashi that inspired us to go deeper into the mythical land of dragons, witches, giants, ogres … the world lying beneath.”

Mr Gamble drew the illustrations for more than 70 books across his professional career, which did not commence until he was 36 years old.

Children’s literature specialist Judith Ridge called Mr Gamble “one of the greatest children’s book illustrators this country has ever produced”.  His empathy for children and childhood is untouched,” she said.

When asked about the success of the Tashi series, Mr Gamble said, “It’s very popular because he’s the smallest kid in the class and in every story he’s up against the odds … and he uses his head, he doesn’t fight to get out of the problem. I think kids really just enjoy how cleverness beats brawn.”