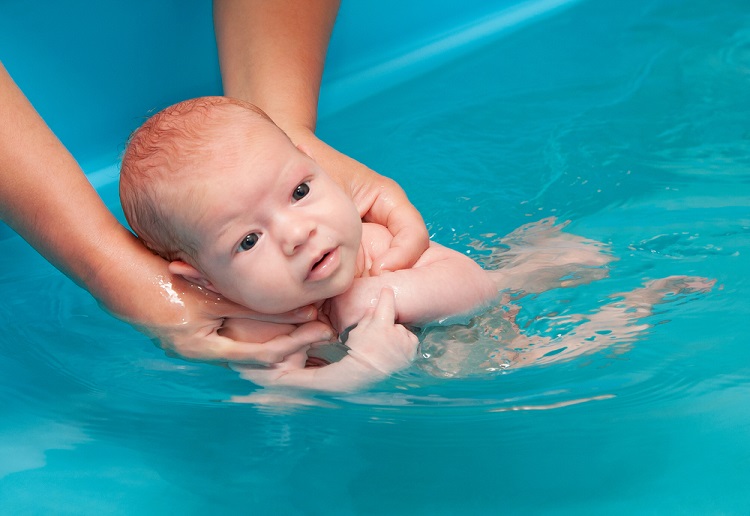 British mother asked to leave a swimming pool while breastfeeding her baby claims she was the victim of discrimination and is suing the aquatics centre.

Abbie Stocker, 28, and a self-described “vegan lactivist”, was feeding her eight-month-old son in a wave pool when a lifeguard at Pendle Wavelengths in Lancashire approached.

The wave pool was in full flow, so the lifeguard, concerned for the pair’s safety, asked her to exit the pool and then provided a chair at the side for Ms Stocker to sit and breastfeed, South Wales Evening Post reports.

An unhappy Ms Stocker began arguing with the lifeguard, before fleeing with her son Eric to the changing rooms, witnesses said.

Several weeks after the incident, which occurred in May last year, Ms Stocker filed a $ 38,237 lawsuit against Pendle Wavelengths.

“The way they handled it was not positive. They could have learned from it but they chose not to,” said Ms Stocker.

Under the United Kingdom’s equality laws, it is illegal to ask a breastfeeding woman to leave a public place.

“Breastfeeding women are no different to a disabled person or a person of a different nationality in the way you can’t discriminate against them,” Ms Stocker said.

A ‘source’ is reported by the Daily Mail as saying: “A lifeguard saw a mum feeding her baby in the pool and thought she might be more comfortable sitting on a chair.

“The wave machine was on at the time and the waves can get pretty strong when they reach the shore end of the pool.

“The staff member thought the baby may become upset if hit with a wave, and was only trying to help.”

The source added: ‘Abbie then began saying it was against the law to stop a mum breastfeeding her child in public.

‘That was never the case and the centre welcomes and supports breastfeeding mums.’

One member of the centre said: ‘It’s is ridiculous to think breastfeeding a child in a swimming pool is a sensible idea.

‘It’s like a child tucking into a burger and chips while splashing about.

‘If the baby had been sick, the pool would have had to be closed, drained and it would have been shut for days.

‘It would have cost thousands and centre bosses have to consider the health and safety of other users, too.’

OK I am going to wage in on this debate, I usually bite my tongue, but I am sorry. I think this was a safety issue and the lifeguard was well in his rights to suggest she hop out and feed her son. A wave pool really is not the best place to feed.  They are quite different to your average pool.

Do you think the lifeguard was just doing his job, or totally in the wrong?