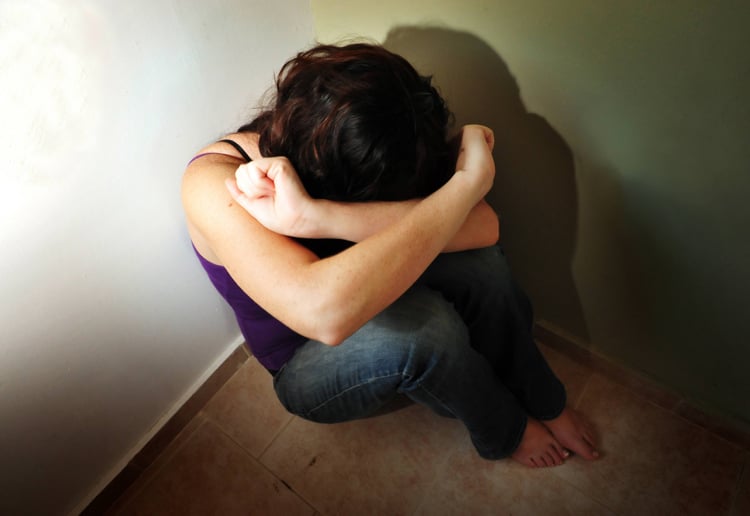 A mum shares her horrific experience – torn between celebrating her baby’s milestone and coming to the rescue of a family member who really needed her help!

Imagine it’s the day of your baby’s Baptism. You and your six little ones are dressed and ready to leave the house when you hear a text come through.

The text is from a family member describing the violent ordeal she has been through with her husband.

Suddenly you feel sick to your stomach. The butterflies of excitement that you were experiencing at the thought of your baby girl’s big day have been soccer punched away and you just feel afraid for the life of the lady at the other end of the phone.

I broke the news to my husband and watched in utter remorse as the joy left his face and anxiety flooded the room.

We had to get our daughter to her baptism – however we also needed to make sure this family member was safe.

Walking into the cathedral was such a surreal feeling. I was torn. Unable to focus. And on the verge of calling the entire thing off.

How was I supposed to celebrate knowing that someone was battered at home. Unable to leave the house. And a number of the people I was surrounded by had known her fate for months – without ever helping her.

This Could Happen To Anyone

In reality ANYONE could be in her situation. There is no guarantee that it won’t happen to someone you love. What if that were myself or my children… would they treat us the same way…

A text came through letting me know that she was getting herself to safety. And I felt slightly relieved knowing that whilst her husband was at my baby’s party, she would be getting the help she needed.

The following day my husband received a call informing him that his family believed I had called the police and reported the incident to them.

It was an absolute nightmare.

He was interrogated by his family and had to visit them immediately to defend me.

It made me sick.

Culturally, domestic violence cannot be reported to the police. No matter whether it is life threatening or not.

Added to this the couple’s marriage has been arranged. And it’s almost as though because of this silent contract- anything goes.

By having police involvement in the situation it is considered to bring immediate shame to the family- NOT the domestic violence itself – but the fact that the police investigated the matter.

Sadly I received a text from her letting me know that another member of the family had forced her to lie to the police when they questioned her.

How can anyone justify this sort of behaviour? Rather than focusing on the real issue, the family invested themselves into criminalising the individual who reported the abuse to the authorities.

Why Is Domestic Violence Such A Taboo Subject?

I always wondered why domestic violence is still to this day such a taboo subject- and maybe this is the answer. Maybe no one wants to deal with the fallout and “shame” associated with being the person with enough courage to do the right thing!

My husband and I haven’t taken care of and looked after our children so that they can be assaulted by anyone- let alone their life partners.

I don’t believe that any parent does.

If you find yourself in this horrific situation, PLEASE, remember you are LOVED, know that you are not placed on this Earth to suffer at the hand of anyone and never forget that there is help! You are not alone and you deserve so much more than to be abused by anyone.

There is NO SHAME in getting help for yourself or the ones you love – unless of course that ‘shame’ comes in the form of emotions after a tragic loss of someone’s life due to domestic violence after having chosen to turn a blind eye to it.