Article Do you avoid scenes or make them? 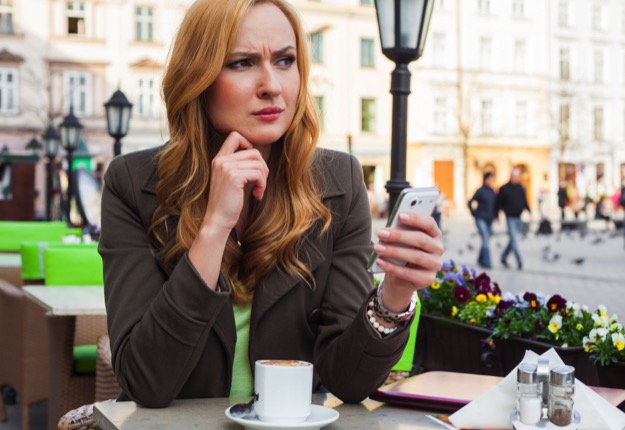 Would you rather confront someone or run a mile? I think when it comes to making a scene you’re either a Scene Avoider or Creator. Me? I’m definitely a Creator, try and stop me!

Are you a Scene Avoider or a Scene Creator?

I’m the kind of person you don’t want to be around when you find a hair in your Panini at a cafe, or if you steal my car park in the mall on Christmas Eve, or if your kid gives my kid nits (although this is a little harder to prove).

I make scenes.  And I’m not saying this proudly, although there is a good life lesson in this.  And I do try to tell my boys this when they’ve slid almost to the ground in the back seat of the car after I’ve given someone a few carefully selected words to reinforce a point, from the safety of my car window (with my foot hovering over the accelerator).

You don’t have to accept stuff boys. You have to stand up for yourself in life.

My parents and parents-in-law generation are Acceptors.  They accept the daikon-crusted sweetbreads the waitress mistakenly brings them at the restaurant instead of the beer battered fish and chips they’d ordered, with an “I’m sure it will be fine”.  God forbid, they make a scene and ask for what they actually ordered and wanted.

Unless of course they’re with me, and I break into a sweat and kind of get all quivery lines in my eyes with excitement and anticipation of the scene I’m about to make.

And there are good scenes and bad scenes.  I choose mine wisely.

I like to think of myself as “doing the community a favour”, like the time I rung the Head Office of a major underwear chain to complain about how a member of staff ignored me and chatted on her mobile in front of me.

That incident even made it to the newspaper as an example of ‘unacceptable customer service standards’.  Although truthfully I was hoping for some free undies as an apology.

I made a scene on the weekend.  It’s lunchtime; hot chicken and fresh bread rolls are on our lunchtime menu. I’m in the chicken shop and a lady and her dog are getting served, except the dog is less interested in the chicken and more in the food scraps on the floor, which it is licking. “Gross”, I think and “when did it become ok to bring a large dog into a chicken shop?”

I say nothing and head off to the busy and crowded bakery in my neighbourhood.  The same lady and her dog are in the shop too (obviously want rolls with their chicken too) the dog hovers half in and out of the bakery licking the floor furiously for a breadcrumb chaser to its earlier chicken shop floor entree.

“Perhaps you should leave your dog outside the bakery, it’s licking the floor and it’s very unhygienic,” I say to the dog’s owner while scanning the rolls and avoiding eye contact.  She taps me furiously on the shoulder “thank you, thank you for that”, she retorts dripping in sarcasm.  Red flag, bull.

“It was unhygienic when you let the dog do it in the chicken shop and now it’s unhygienic you’re letting it do the same thing here in the bakery, it’s just revolting and inappropriate”. I say. She mutters and curses at me, tries to say something else but I am concentrating earnestly on the bread sticks and cinnamon scrolls.

It’s a little awkward and quiet, but my community service has been done for the day.

When I get to the car, I tell my waiting family what happened, exaggerating with “that dog could have sniffed another dogs bum that had poo in it, and then your rolls could have fallen on that spot so your rolls would have like dogs bum and dogs poo on them”.

My husband looks bemused, but my eldest son says “I would have done that too Mum!”

BOOM, my role as a mother is done.  I am creating a new generation of Scene Creators. Or does Community Service Do-Gooders sound better?

Are you a Scene Avoider or a Scene Creator? What’s the biggest scene you’ve ever made?