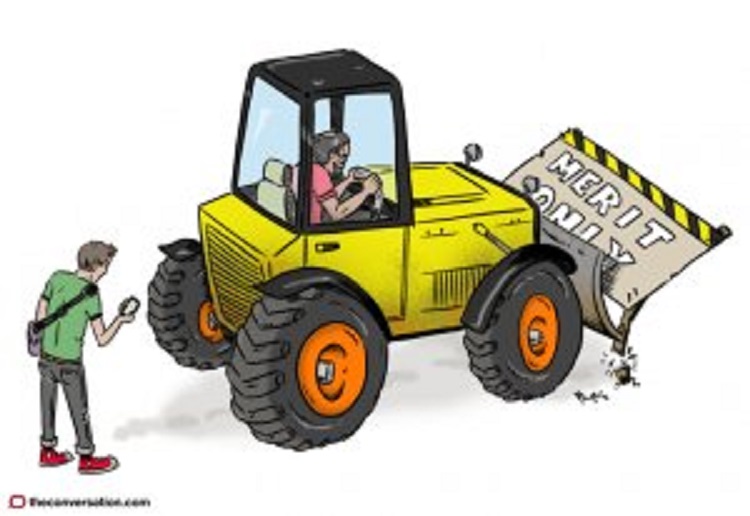 Get outta the way, the lawnmower parents are here to fight for their young…

Also known as Snowplough or bulldozer parents. It appears the term was coined by former high school teacher David McCullough. In 2015, he published a book, You Are Not Special, in which he implores parents to back off and let their children fail. It was based on a 2012 commencement speech he gave to high school students.

The term “lawnmower parent” was used by an anonymous writer on the We Are Teachers blog and is defined as “parents who go to whatever lengths necessary to prevent their child from having to face adversity, struggle or failure”.

“Instead of preparing children for challenges, they mow obstacles down so kids won’t experience them in the first place,” the blog continues.

“But in raising children who have experienced minimal struggle, we are not creating a happier generation of kids,” the blog read.

“We are creating a generation that has no what idea what to do when they actually encounter struggle. A generation who panics or shuts down at the mere idea of failure.”

The difference between ‘helicopter parents’ and ‘lawnmower parents’ is that while the former hover over their kids ready to swoop in and rescue their children whenever an issue arises, the latter bypass the hovering stage, shares Yahoo 7.

Instead, they ‘mow’ or ‘plough’ right through to sort a problem before it has even been raised.

Experts are concerned about the message this is sending children

“If you say, ‘Oh, I took care of this for you,’ it inadvertently gives that message of ‘you can’t do this yourself, you can’t succeed’,” Stephanie Samar, a clinical psychologist at the Mood Disorders Center of the Child Mind Institute, told ABC News.

“That can lead to other problematic things – maybe increased anxiety, low distressed tolerance – (a) discomfort that comes with having conflict helplessness about heir situation.”

Explaining that lawnmower parents often focus on short-term goals, for example a parent calling a teacher because they don’t agree with the grade their child got, Stephanie went on to warn that this can hinder children from developing coping skills.

“When parents are removing obstacles for their child they are really taking away that opportunity for kids to learn those problem-solving techniques,” she said.

We are having a chat on Facebook today about different parenting styles. Jump over and join in!