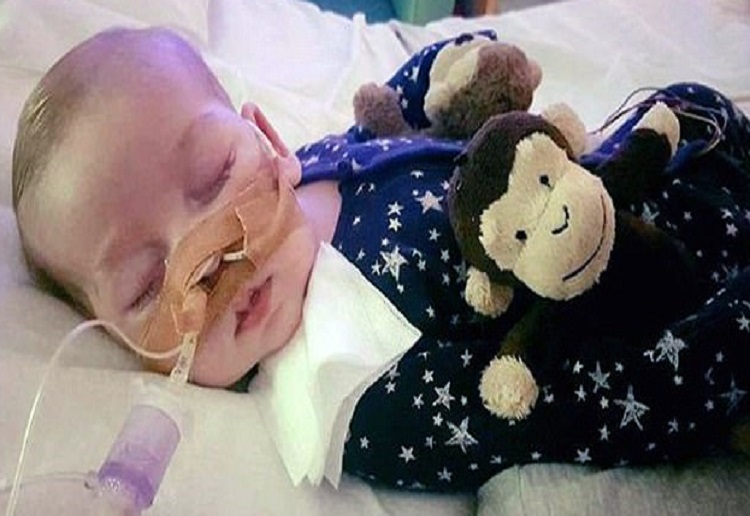 The parents of Charlie Gard have made the heartbreaking decision to let their baby son die.

Connie Yates reduced a courtroom to tears while accusing Great Ormond Street of wasting so much time her little boy no longer had hope.

‘We are so sorry we couldn’t save you,’ she said. ‘We had the chance but we weren’t allowed. Sweet dreams baby. Sleep tight our beautiful little boy.’

Miss Yates said her ‘warrior’ son would not live to see his first birthday next week.

Charlie’s life-support system will be withdrawn after his parents reluctantly gave up their eight-month crusade to win treatment for his extremely rare and devastating muscle-wasting condition.

Miss Yates said yesterday: ‘There is now no way back. Charlie did have a real chance of getting better if only therapy was started sooner.’

She said Great Ormond Street should have trusted them with the decision to take Charlie to the US and said: ‘We only wanted to give him a chance of life’.

Miss Yates and Mr Gard gave away nothing of the shock to come as they arrived at the High Court in London for what was expected to be a two-day hearing.

They have been battling the hospital in the courts since March for the right to take Charlie to New York for experimental drugs on his rare form of mitochondrial disease – which saps energy from his organs and muscles.

But instead of the case continuing, Grant Armstrong, for the parents, told Mr Justice Francis: ‘Poor Charlie. It is too late. The damage has been done. Sadly time has run out.’

She said: ‘There is one simple reason for Charlie’s muscles deteriorating to the extent they are in now – time. A whole lot of wasted time. Had Charlie been given the treatment sooner he would have had the potential to be a normal, healthy little boy.

‘The American and Italian team were still willing to treat Charlie after seeing both his recent brain scans performed last week. He is not brain dead, and never has been. He still responds to us, even now.’

But she said his muscles had been ravaged as he lay waiting for someone to treat him.

‘His quality of life would now not be one which we would want for our precious little boy,’ said Miss Yates.

We are struggling to find any comfort or peace with all this, but one thing that does give us the slightest bit of comfort, is that we truly believe that Charlie may have been too special for this cruel world.

We truly believe that any parent would have wanted the same thing if they knew what we knew.

We are now going to spend our last precious moments with our son Charlie, who unfortunately won’t make his 1st birthday in just under 2 weeks’ time, and we would ask that our privacy is respected at this very difficult time.

Mummy and Daddy love you so much Charlie, we always have and we always will and we are so sorry that we couldn’t save you. We had the chance but we weren’t allowed to give you that chance.

Heart-wrenching footage has been released showing Charlie Gard ‘having a picnic’ with his parents outside Great Ormond Street Hospital.

A video shows Charlie lying on the grass with his mother Connie Yates and father Chris Gard.

In a second part of the clip Mr Gard can be heard saying good night to his son before promising him he will be back ‘first thing in the morning’.

The footage comes after a high court judge ruled that the child will be moved  to a hospice as soon as possible and his life support removed soon after.

His parents were not granted their wish to spend several days at the hospice with their terminally-ill son under skilled care.

He will soon be moved to a hospice and his life support will be switched off shortly after.

Our hearts are shattered for the Gard family. We wish them so much strength during this time. 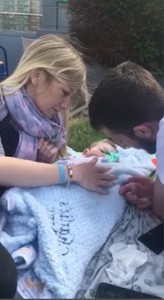 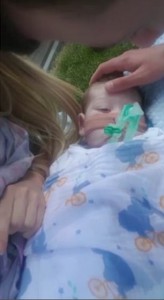 The Project hosts Carrie Bickmore and Fifi Box have broken down watching footage of Charlie Gard’s parents making the heartbreaking decision to allow their son to die.

The pair, who are mothers, were moved by the footage of Charlie’s parents announcing to the world that their efforts to seek alternative treatments overseas had failed and they had run out of time.

‘As a parent you think you have the right to make that decision, and I know there’s the other side but there’s hope and that’s all you’ve got.

‘When you’re being denied that chance, even a slim chance, it’s just so sad,’ Fifi Box said.

Carrie, a mother-of-two, and Fifi, who has a young daughter, were both heartbroken by the tragic story of Charlie and the helplessness of his parents.

‘No one wins, it’s just a lose-lose situation,’ Carrie said through tears.

Dr Chris Brown empathised with the doctors, saying ‘they are trying to do their best.’

Our thoughts are with the family at this difficult time. They have fought so hard for their little boy only to hit a brick wall at every turn. We wish them strength to face the days ahead.