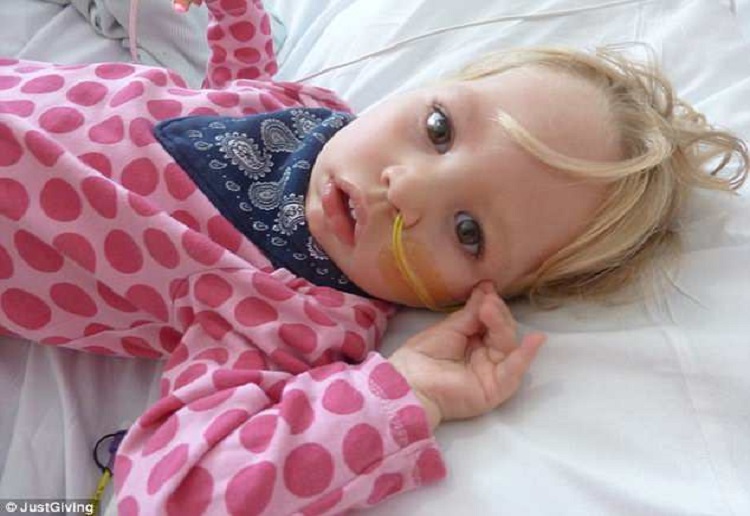 A couple whose baby daughter suffocated resulting in brain injury during her first breast feed are now suing the hospital for millions.

Julia Geis-Clements, 39, and her husband, Lee Clements, 41, from Buckinghamshire, say a midwife gave inadequate advice on how to breast feed their daughter, Cerys.

They claim she would have escaped a lifetime of disability had the midwife warned them to keep her airway clear as she was held against her mother’s breast, shares Daily Mail.

The ‘exhausted’ mother said she had no experience of feeding an infant.

The court heard Cerys now has cerebral palsy, epilepsy and visual impairment, as well as by ‘significant neuro-developmental problems’.

She requires 24-hour care due to the need for constant monitoring and regular suction of her airways.

Due to the severity of her injuries Cerys’ claim is of ‘maximum value’ and she will win millions to pay for her care if Mrs Justice May rules against the NHS.

The couple claim the midwife should, as promised, have returned to check on Cerys 10 minutes into the feed.

The couple’s QC told the court that during the feed Mrs Geis-Clements felt Cerys ‘lose contact’ with the breast.

She ‘guided’ her baby back into position but soon afterwards, Cerys ‘seemed to doze off’, he added.

He said: ‘She did not want to disturb Cerys as she thought that she was sleeping,’ but became alarmed when she noticed her turning ‘pale and floppy’.

Twenty five minutes into the feed, her husband rushed off to find the midwife but when she returned she could feel no pulse on Cerys.

Mr Moon added: ‘In fact Cerys had suffered an episode of hypoxia which had caused her severe brain damage.’