Article Get fit in just 3 minutes a week 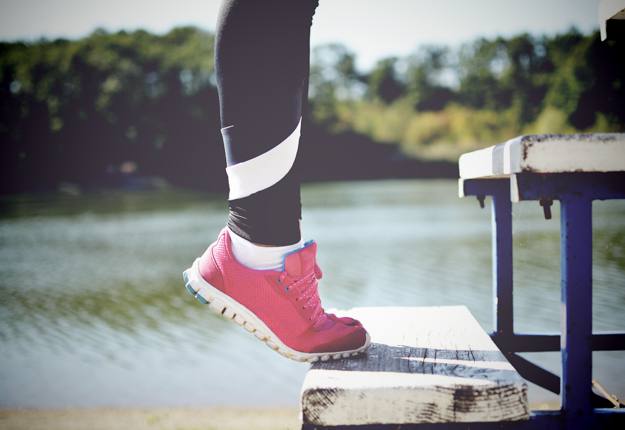 As a busy mum, finding time to squeeze in regular workouts is not easy.

But researchers have made the amazing claim that you may be able get fit in just 3 minutes a week.  It’s led to a rush of people trying out High Intensity Training (HIT) programmes. After all, a way to get fit that doesn’t require hours in the gym seems like a magic bullet.

But does it actually work, and are there any drawbacks?

High intensity interval training supposedly works by keeping you burning fat even after you leave the gym.

Because your body can’t bring in enough oxygen during the intense periods of hard work it has to catch up afterwards, speeding up your metabolism for several hours. This is called excess post-exercise oxygen consumption.

It’s also claimed the intensity stimulates muscle-building hormones such as growth hormone and IGF-1, putting your body in the right state to build lean mass.

What the research shows

One study looked at HIT as a “time-efficient alternative to traditional cardiorespiratory exercise training”. The 29 healthy but sedentary young men and women involved saw improved metabolic health and aerobic exercise after just ten minutes of exercise three times a week . But the researchers did note that it is “very fatiguing”.

Dr Michael Mosely, who previously tried out the “5:2 fast” diet for the BBC, also went guinea pig for High Intensity Training. In his experiment he was only required to do three minutes of exercise per week for four weeks – an astonishingly small amount.

At the end, his discovered that his insulin sensitivity had improved by an amazing 24% but there was no change to his aerobic fitness.

Journalist Vincent Graff tried also tried a three minutes per week regime for one month.  At the end his aerobic fitness score was up 10% and his blood pressure had dropped considerably. He then tried a more conventional exercise regime of 75 minutes-per-week running to compare. Mr Graff’s aerobic score improved by even more – but his conclusion was that he’d never be able to keep it up, it was “too much like hard work”.

The problem with any health or fitness plan is that people respond differently to when it comes to diet and exercise. In the case of aerobic exercise, studies have shown that that some people are “super responders” and some are “non-responders”. It’s basically down to our genes, and Dr Mosley was out of luck with his, whereas Mr Graff was a super-responder.

Another thing to note is that three minutes of HIT doesn’t actually take only three minutes: that’s merely the time you’re exercising at peak.

In Dr Mosley’s case, he also had to do a few minutes of gentle exercise to warm up and in-between his three minutes, which were broken down into 20-second High Intensity intervals.  That said, it’s still an extremely quick workout.

Another issue with relying on super-intense, micro workouts is that you’re not making changes to your overall lifestyle. Being a more active person overall – walking, swimming, playing a sport like tennis or bowls – is more holistic and has other benefits, from de-stressing to socialising. And of course running after the kids is great exercise too!