Article Authorities warn Australian parents there is a shortage of vaccine 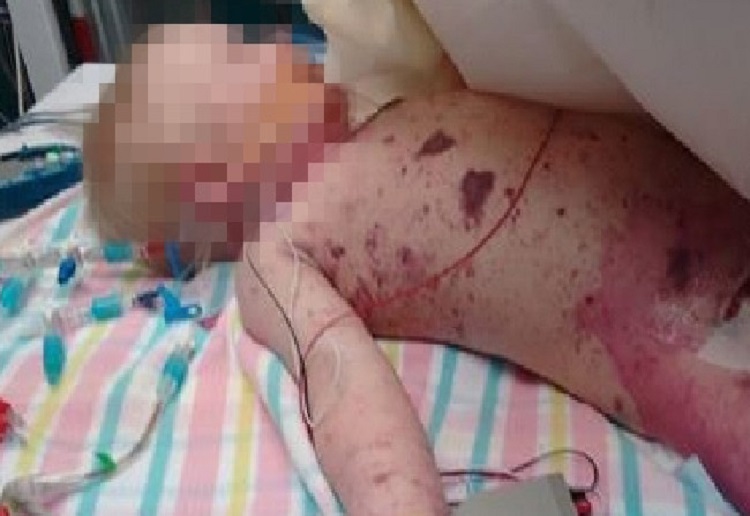 Grandmother has urged parents to educate themselves about the “cruel and ugly disease” that is meningococcal.

Sadly little Charlie has passed away. His family is today mourning after the loss of their 16-month-old baby boy to the deadly disease meningococcal B .

The boy lost his battle against meningococcal dying at the Women’s and Children’s hospital.

The B strain vaccine is not available to every child because it is not covered by the Pharmaceutical Benefits Scheme, and must be given separately to routine vaccinations and paid for by parents.

The pharmaceutical company which provides the vaccine has admitted the increased global demand for the drug means people may miss out, the ABC reports.

‘For those considering a vaccination, I’m afraid they’ll have to go on a wait list until the vaccine is available.’

Local pharmacists have reported receiving dozens of calls about the vaccine every day.

The shortage does not affect the vaccine for meningococcal C, which is available for free in the National Immunisation Program.

Bianca Bais, posted a graphic picture of her gravely ill grandson, Charlie. The image has since been removed by Facebook due to “nudity”.

Lying on his hospital bed on life-support, the picture clearly shows the disease’s distinctive red and purple rash all over his little body, reports Adelaide Now.

“Sorry to shock everyone and if I have offended you by posting this pic I do apologise but parents need to be educated about this ugly disease,” she wrote.

“I’m begging everyone, please, please, pray your hardest for my grandson Charlie who is fighting for his life at the Women’s and Children’s Hospital.

“He is extremely unwell and currently on life support, please share this and get the prayer chain happening.”

“Charlie was just miserable all day, we thought it was a tummy bug, took him to Noarlunga Hospital but they cleared him at 5pm and sent him home,” Ms Bais wrote.

“A short time later, Charlie threw up and his mother noticed ‘a few red dots’ (on his body) and thought it was chickenpox.

“His mum took Charlie to Flinders hospital and within less than an hour he was put on life support and then in two hours he was rushed to the Women’s and Children’s Hospital where he is still fighting for his life in (a) very dangerous critical condition,” Ms Bais wrote.

She urged parents to “research this ugly disease and when your child gets sick keep a close eye on them”.

“Charlie is fighting for his life for the second night now but the doctors said thanks to Bonnie’s quick actions in getting him to the hospital not once but twice, it has kept him from already being pronounced dead and given him the best possible fight chance.”

Early last month a Townsville Mother warns parents to be on the lookout for symptoms after her son was rushed to hospital, due to the life threatening condition.

The distinctive meningococcal rash (indicating bleeding into the skin) can be a critical symptom of deadly septicaemia, along with a high fever.

The rash may start with a simple spot or blister anywhere on the body, then may progress quickly to red pinpricks like small mosquito bites, and/or spread quickly into purple bruise like blotches. It’s important not to wait until a rash appears before seeking treatment, as the meningococcal rash signifies a critical stage of the disease.

NSW Health Director, Communicable Diseases, Dr Vicky Sheppeard, said last month that late winter/early spring was the season when meningococcal disease tended to be most prevalent, although cases presented all year round.

RIP little man. Our thoughts are with Charlie’s family at this difficult time.