Article How I Survived the Death of my Baby Girl

As told by Daniela to the MoM team 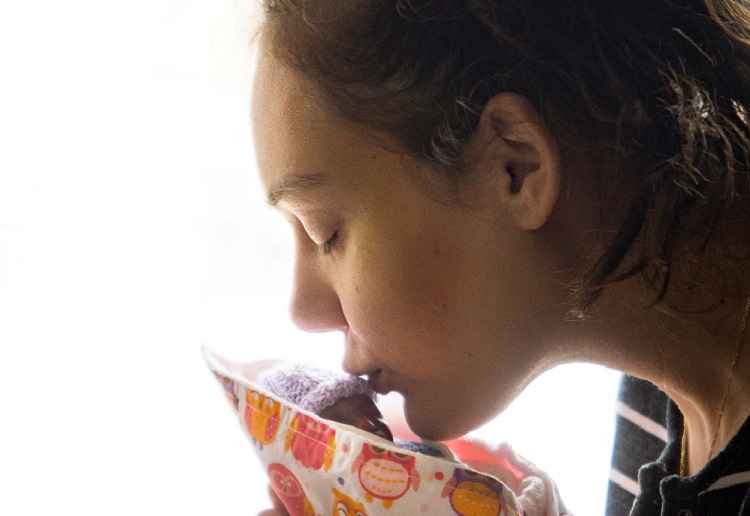 One grieving mum shares with us how she survived the death of her baby girl at 20 weeks gestation.

*TRIGGER WARNING – this story may contain disturbing content for some readers

“I became a Christian after the death of my daughter”, shares the mum of two.

A few weeks after I told him I was pregnant, my son told me that he had a dream that God told him he was having a sister. He was so excited! He really wanted a sibling.

Throughout my pregnancy he was attentive and spoke about how he would help me with the baby. He often spoke to her and kissed my belly. I was elated to be having another child and relieved that my son was responding well to the pregnancy.

Unfortunately, my 20 week scan did not go as expected. The sonographer found abnormalities in our baby’s brain which they referred to as Dandy Walker Syndrome. After having this confirmed by another doctor at Nepean Hospital, we were told that it was best to terminate the pregnancy because the chances of survival for our baby were very slim. Her brain was measuring 17 weeks at 20 weeks.

My partner and I were devastated and my son was very angry with me. The morning after I gave birth, my son told me that he didn’t “want to see a dead baby”.

Eventually, I convinced him to come to the hospital to see me and the baby, as I believed it was extremely important for him to say goodbye to her and learn that death is a natural part of life. 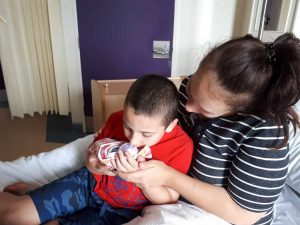 My partner and I named her Aura-Rose. We had a blessing ceremony for her done by the hospital Chaplain and an organisation called HeartFelt sent a photographer to take photos of our family of four.

We had four hours in total with our beautiful little girl. When my son first held her he asked “So my baby sister is in heaven now?”. He was in awe of her. He was so lovingly towards her and said “I love my baby sister and think she’s really beautiful”. I was so taken away by his resilience and admiration.

Upon returning home, I was having such a hard time dealing with our loss and said to Cooper “She should be at home with our family”. He replied “She is still a part of a family Mummy, but she’s in God’s family now”. We were not religious by any measurement so I was so surprised that he said this.

Within the same week, I had a perfectly shaped love heart bruise develop where the cannula had been in my arm from the hospital. I strongly believe that this was a sign from Aura that she loves me and to help me move forward. 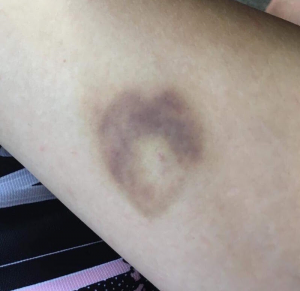 I have recently joined the church. I find the atmosphere inspiring and feed off the energy of others during worship. The support we have received is amazing and as cliché as it sounds, I now believe that everything happens for a reason.

Months after Auras passing, the relationship between my partner and I started to fall apart. We were grieving differently and heading in different directions in life.

I decided that I wanted to continue with the church and be a practising Christian and he couldn’t understand why. We still love each other very much, but want different things.

My son’s faith and the sign from Aura inspired me to find my way back to Christianity. In doing this I am learning to find myself again and let go of the things that I cannot change.

If you are struggling with the loss of an infant please know you are not alone. You can find some helpful resources and contacts below.
The Pink Elephants
Bears Of Hope Pregnancy & Infant Loss Support
Grief Support: 1300 11 HOPE
Email: support@bearsofhope.org.au
PANDA
PANDA National Helpline (Mon to Fri, 9am – 7.30pm AEST) Call 1300 726 306
Sands.org.au
24 hours a day, 365 days a year (including Christmas Day) by dialling 1300 072 637
Lifeline 13 11 14
Our thoughts are with all those families struggling with the recent loss of their tiny little angel.