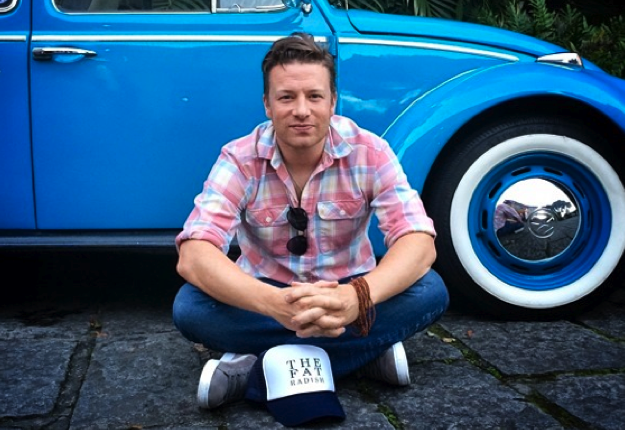 While normally this would involve a stern talking to, or time-out in the naughty corner, Jamie Oliver takes a slightly different approach.

Speaking at the BBC Good Food Show, the celebrity chef explained “I give them chillies for punishment. It is not very popular beating kids any more, it’s not very fashionable and you are not allowed to do it, and if you are a celebrity chef like me it does not look very good in the paper. So you need a few options.”

The father-of-four then went on to reveal that when his 12-year-old daughter Poppy was misbehaving, he tricked her into eating a Scotch Bonnet- one of the world’s hottest chillies.

“Poppy was quite disrespectful and rude to me and she pushed her luck. In my day I would have got a bit of a telling off but you are not allowed to do that,”

“Five minutes later she thought I had forgotten but I hadn’t. She asked for an apple. I cut it up into several pieces and rubbed it with Scotch Bonnet and it worked a treat. She ran up to her mum and said ‘This is peppery.'”

While Jamie thought his daughter’s reaction was hilarious, wife Jules had a different take on the situation, sternly telling her husband of 14 years not to “ever do that again.”

The punishment has polarised parents around the world, with many seeing Jamie’s actions as inappropriate and cruel. Others, however, have applauded him for using a technique that not only disciplines his children but results in both the kids and adults involved having a giggle.