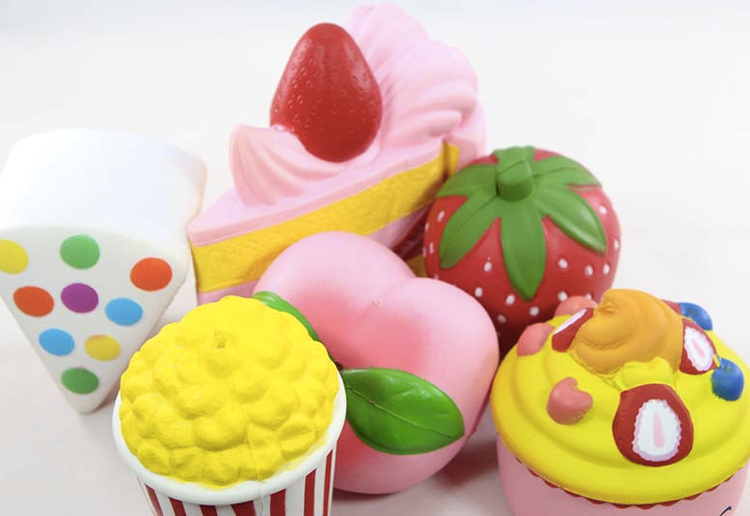 Our kids adore their ‘squishies’ and have collected a whole box full of them. I’ve even had a few squeezes myself. But it looks like these popular toys are not as innocent as they look.

Just in case you have no idea what I’m talking about – ‘squishies’ are pretty much foam stress balls for kids, usually shaped as animals or treats.

The toys have recently been banned in Denmark after tests showed that they contain dangerous chemicals, as reported by the Daily Mail.

It was discovered that the squishies contained cancer-causing substances, as well as chemicals that can lead to liver damage, breathing problems, infertility and eye irritation.

Twelve different squishies were tested by the Danish Environmental Protection Agency and these damaging chemicals were found in all of them.

Scientists analysed the chemicals given off by squishies if a child went to sleep hugging a squishy one hour after it had been removed from its packet.

Jakob Ellemann-Jensen, the Danish minister for environment and health, said: ‘When all twelve toys contain high amounts of harmful substances, alarm bells begin to go off. This indicates that there may be an overall problem with all squishies’.

The most worrying chemical present was N,N-dimethylformamide (DMF), which is easily absorbed through the skin and has been linked to liver toxicity, as well as constipation and vomiting.

The study also confirmed the presence of dangerously high levels of triethylenediamine, (linked to eye irritation and breathing difficulties), and cyclohexanone, which can cause drowsiness.

In addition, the squishies also contain various fragrances, which could encourage male-breast growth.

All Squishies Should Be Removed From the Shelves

Speaking of the results, Mr Ellemann-Jensen added: ‘I think all distributors and importers should take their responsibility seriously and remove all squishies from their shelves.

‘They should not be returned to shelves until it can be documented that they do not emit chemicals that may be harmful to children.’

These disturbing results have been shared with other countries. However,  Toy Industries Europe were unimpressed calling the research ‘flimsy’ saying that testing just 12 squishies is insufficient to justify a ban.

There has been no move in Australia to ban squishies as yet.

This isn’t the first time squishies have made headlines.  A few months ago we reported that a squishy had burst in a child’s hands causing a chemical burn.

Scary….Does this make you want to toss out your kids squishies? Tell us in the comments below.