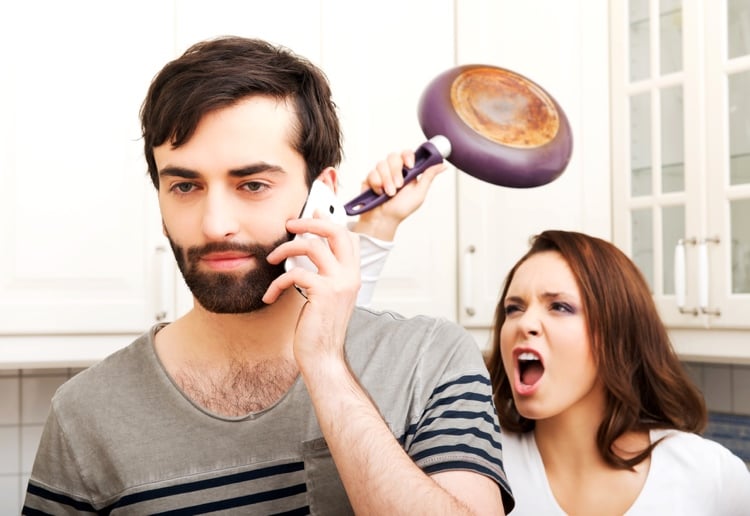 Living with a partner who doesn’t listen could shorten your life, according to researchers.

People whose partners are less attentive appear to struggle to manage their daily stress and emotions over the long term, a study has found.

The build-up of stress could be enough to make them up to 42 per cent more likely to die prematurely, shares Daily Mail.

Chronic stress is linked to the six leading causes of death – heart disease, cancer, lung ailments, accidents, cirrhosis of the liver and suicide – according to the American Psychological Association.

A team of psychologists at the University of Edinburgh assessed a group of around 1,200 people aged 25 to 74 who had a spouse or lived with their partner.

Lead researcher Dr Sarah Stanton said: ‘The results suggest that if people have someone they can turn to – and whom they think supports them – then it can help them deal with the stresses of everyday living.

‘This has downstream associations with later health outcomes.’

Participants were assessed over a 20-year period starting between 1995 and 1996 as part of the National Survey of Midlife Development in the United States (MIDUS).

They were asked to rate how much they thought their partner understood, cared about and appreciated them.

After 10 years, in 2006, participants responded to the same questions.
They also filled out reports over an eight-day period, recording any daily stressful events – such as problems at home or work – and their emotions in response.

Researchers found that people who didn’t respond well to every day stress were the ones who felt their partner had become less caring over the past 10 years.

And they found people who reported their partner had become less responsive ended up with a 42 per cent higher risk of dying within 20 years of the study.

The scientists said this link could be explained by those people’s reduced ability to deal with negative emotions caused by daily stress, possibly because their partner was unable to lend an ear.

Although the findings, published in the journal Psychosomatic Medicine, were described by the team as small, they may have an impact when put into a bigger picture.

Is this one of your biggest problems with your partner?