Article Meet the gorgeous new face of Bonds, despite what the trolls think! 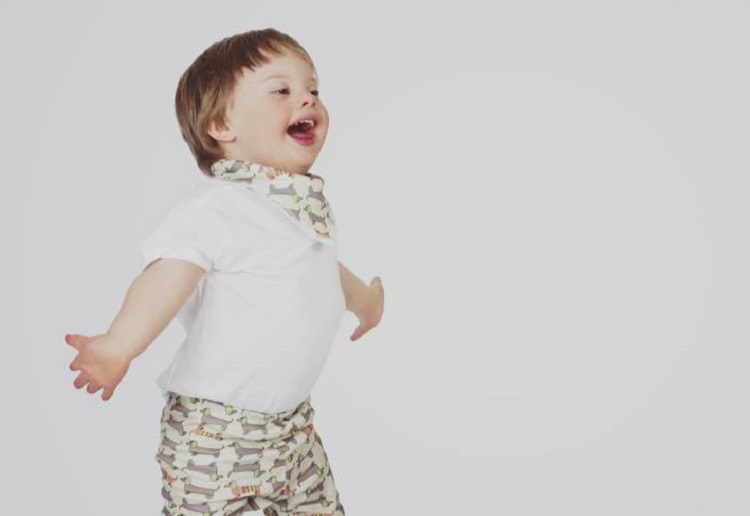 Parker, 2, who was born with Down syndrome is one of the winners of the 2016 Bonds Baby Search.

His mum, Kat, entered Parker in the competition after she was trolled online over photos of him wearing a flowery Bonds onesie. 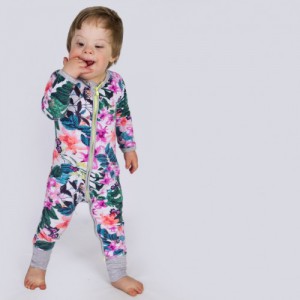 “I decided I would enter him to show them,” Ms Abianac said.

“There is a lot of hate out there for children with Down syndrome, there’s always people out there who are willing to throw in their unwanted and unwarranted two cents worth.”

Sadly not everyone has been kind about the decision. Online trolls said her son’s disability was the “flavour of the month”. 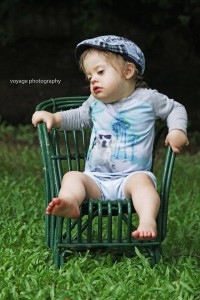 “Somebody wrote on there that disability is the flavour of the month and that they were making marketing dollars off my child,” Ms Abianac told 7 News.

“I don’t know if they were being malicious or just rude women.”

To that woman Kat replied via her Facebook page –

“To the woman who just deleted her internet comment about disability being the ‘Flavour Of The Month’ on a Courier Mail comments section about my son, who has Down syndrome, winning Baby Bonds:

Disability is not a ‘flavour’. Disability is a day in, day out fact of life for FOUR MILLION Australians. People with a disability may have rights accorded by law, but those rights are NOT always reflected in the every day action of large corporations.

Do you want to talk about Flavour Of The Month? The last 3 years in a row, there have been 1 or more children with a disability featured in Bonds campaigns. Pretty long month if you ask me.

Here’s some sprinkles to go with it:

My son Parker, and other people with disabilities who advocate, and model, and write, and give talks, and appear in mainstream media for whatever they’re best at and is their passion, give families who have a child with a disability something to relate to when they flick through the pages of catalogues and websites, and traditionally only see children and adults of full abilities looking back at them.

They can dream. And they know ALL lives have value and are treasured by more people than their immediate families and whoever they’re assigned to in the school system.

These parents buy Wondersuits from BONDS© bumps & baby. They buy formula from Aptamil. They buy their groceries at Woolworths and Coles and ALDI Australia. They buy toys from toy shops and medicine from the same chemists as you do.

They don’t go to a ‘special needs shop’ to do their groceries, get their medicine and clothing.

Disability isn’t a ‘Flavour’. Chew on that awhile.” 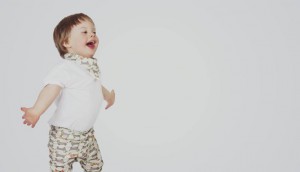 “So today has given me the opportunity to not only celebrate the success of my little man, but also talk about something all parents of kids with disabilities face.

We live in a world that is trying and straining to move away from ‘victim culture’.

But there can be confusion about the part ‘victim culture’ can PLAY in a cycle of bullying.

I have been told (by trolls AND by well meaning folk) if I put my son ‘out there’ on the Internet of course he will be bullied.

Well all the women who chose to wear a short skirt today ‘out there’ would prefer not to be raped either, thankyou.

Blaming a victim is NEVER ok. The fact some demographics may be more prone to bullying/harassment events occurring than other groups does NOT make it their fault.

Bullies make their own choices to write comments all the way from openly vile to passive aggressive. And they can deal with the consequences of living with such a negative, nasty voice in their head.

It has been so incredible hearing from the media and TV all day wanting to talk about Parker and his success.

Let’s keep getting the word out there in a HUGE way.

Congratulations to Bonds and especially little Parker and his family. We think it is fantastic!